My Trip to the Egyptian Museum 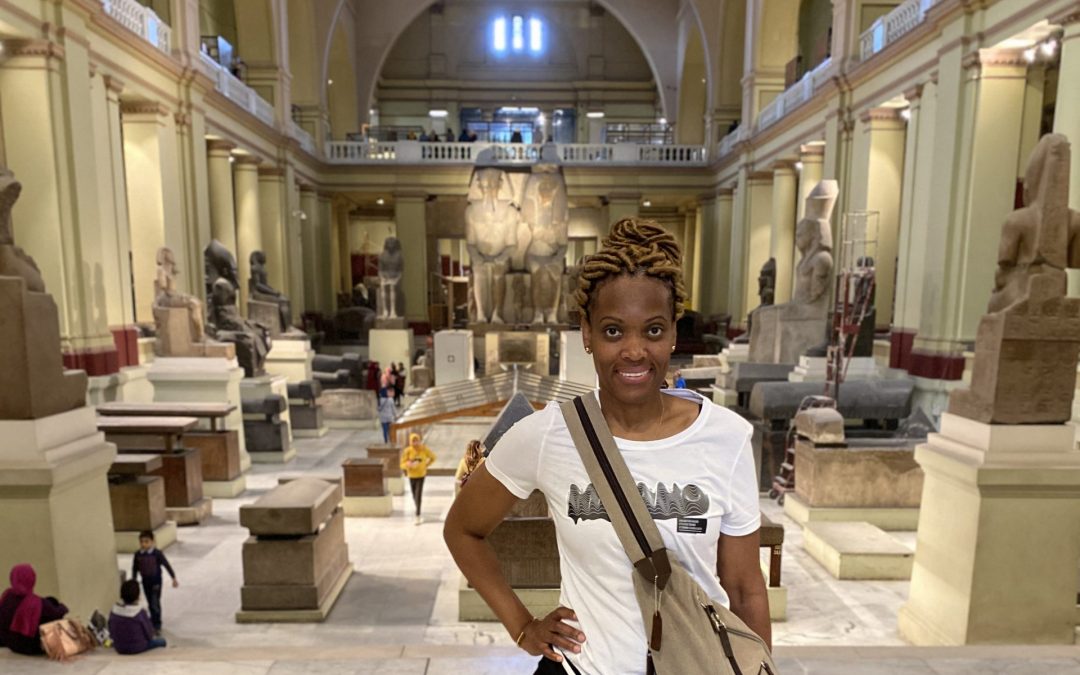 To end our trip to Egypt, we caught a flight from Aswan back to Cairo.  Our flight to Kenya wasn’t until later in the evening, so we needed something to fill the time. Through a tour operator, we set up a small itinerary, including the Egyptian Museum, to get us through the day.

The first stop was the museum.  I was super excited, because when originally in Cairo, we relaxed too late into the last full day.  By the time we had arrived at the museum, they had already stopped selling tickets, 1 hour before closing time.  The only things I cared about seeing were mummies, so the amount of time didn’t matter.

This time around, we had plenty of time.  Our guide walked us around to major highlights, giving us the history of each artifact along the way. There were plenty of cool things to see.  We did come upon statue of King Amenhotep IV, pharaoh of the 18th Dynasty and father of King Tut.  I pointed out to the guide that it was the first I’d seen that had soft features.  He went on to tell the story of how once he ruled, he killed anyone who didn’t believe in the god Aten that he believed in.  Ancient statues and art depict him with a long jaw, protruding belly and full hips. Many scholars debate the reasoning of this depiction. 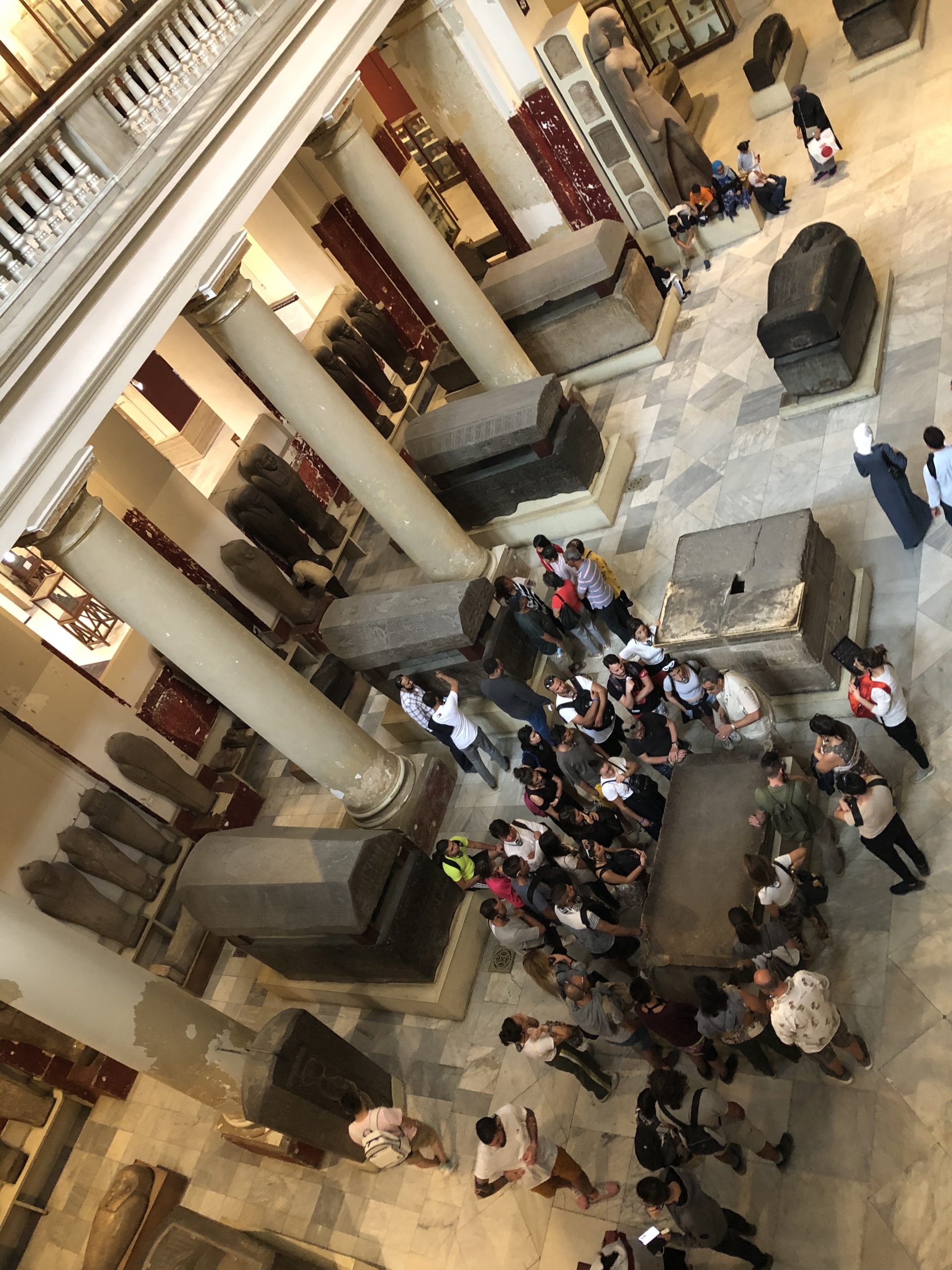 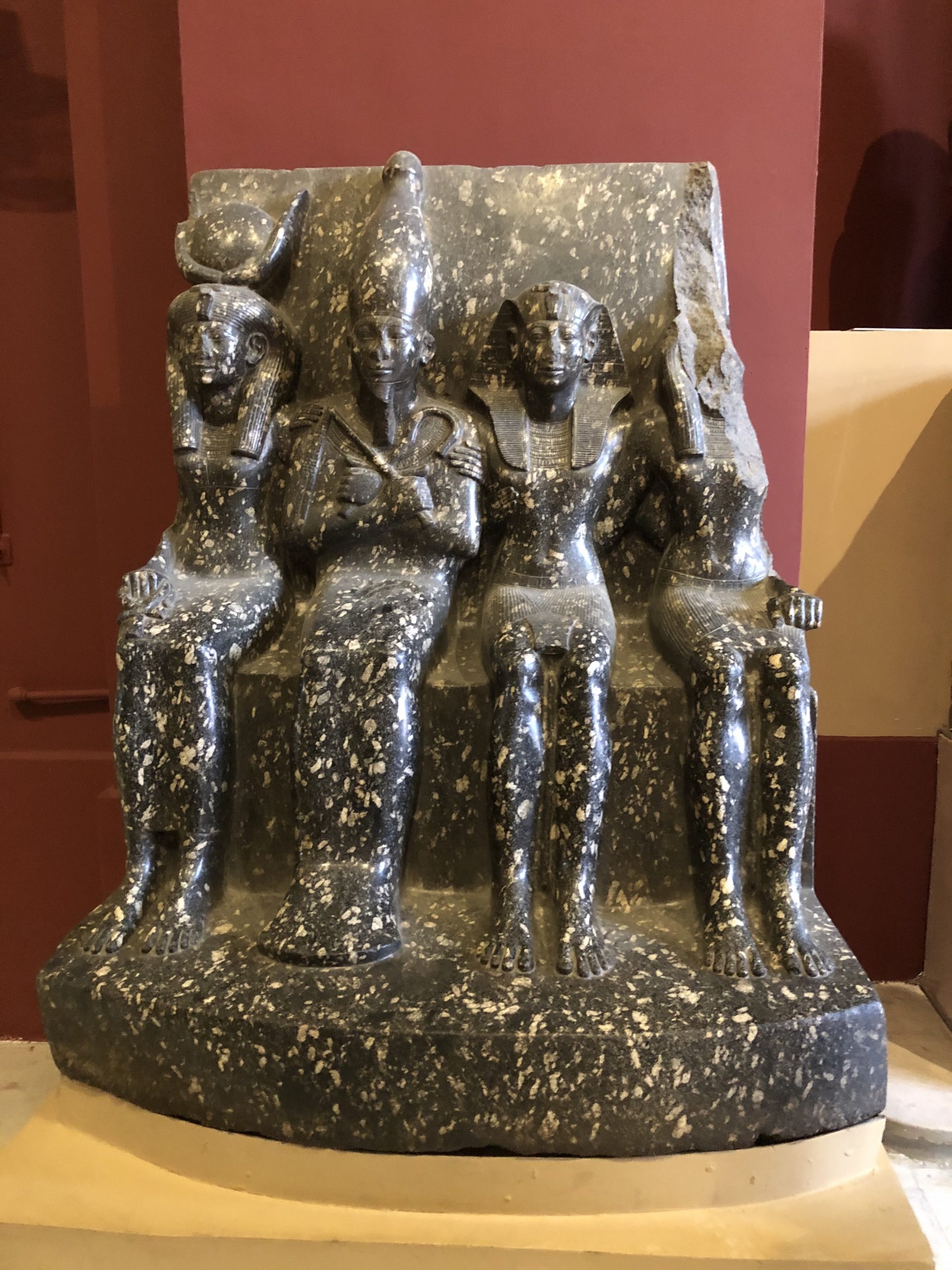 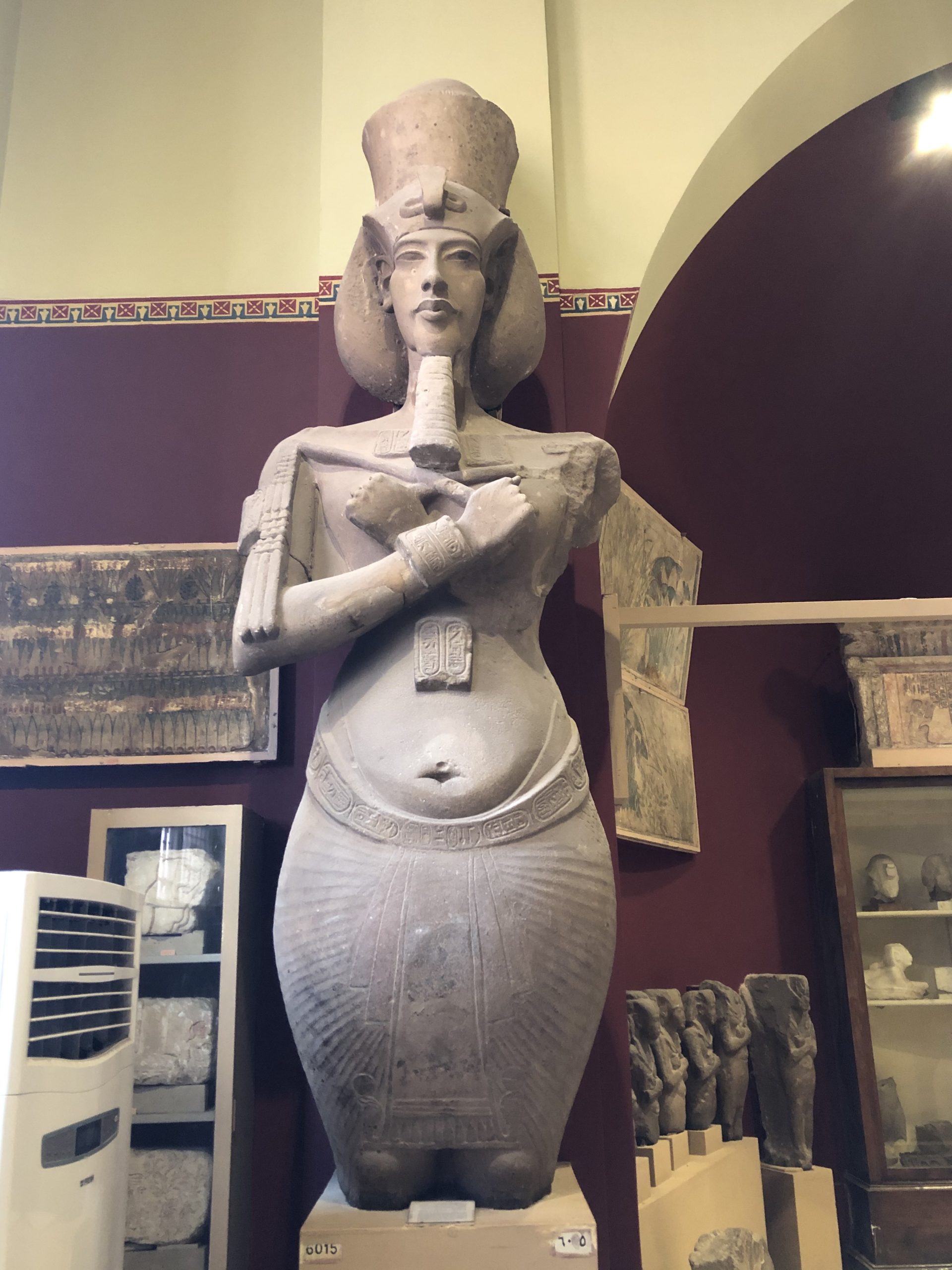 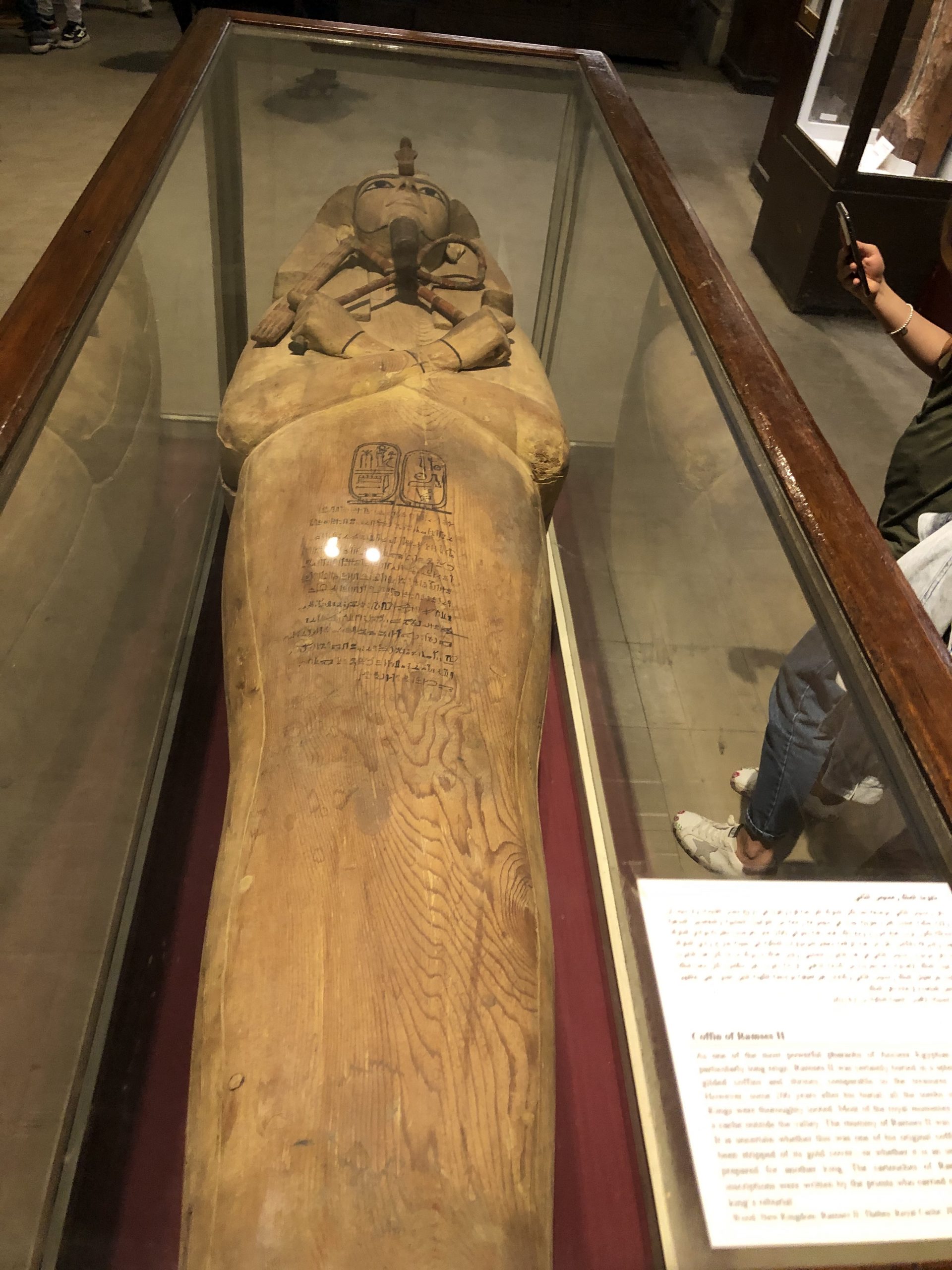 Before making my way to the official mummy room, I did see the mummies Yuya and Thuya, King Tut’s grandparents.  In the official mummy room, staff did not allow visitors to take photos. It was still great see to, as I didn’t see that many in the Louvre Museum’s Egyptian section.  There was so much to take at the Egyptian Museum that one could easily be there for hours. I think we were there for about 2 1/2 hours. 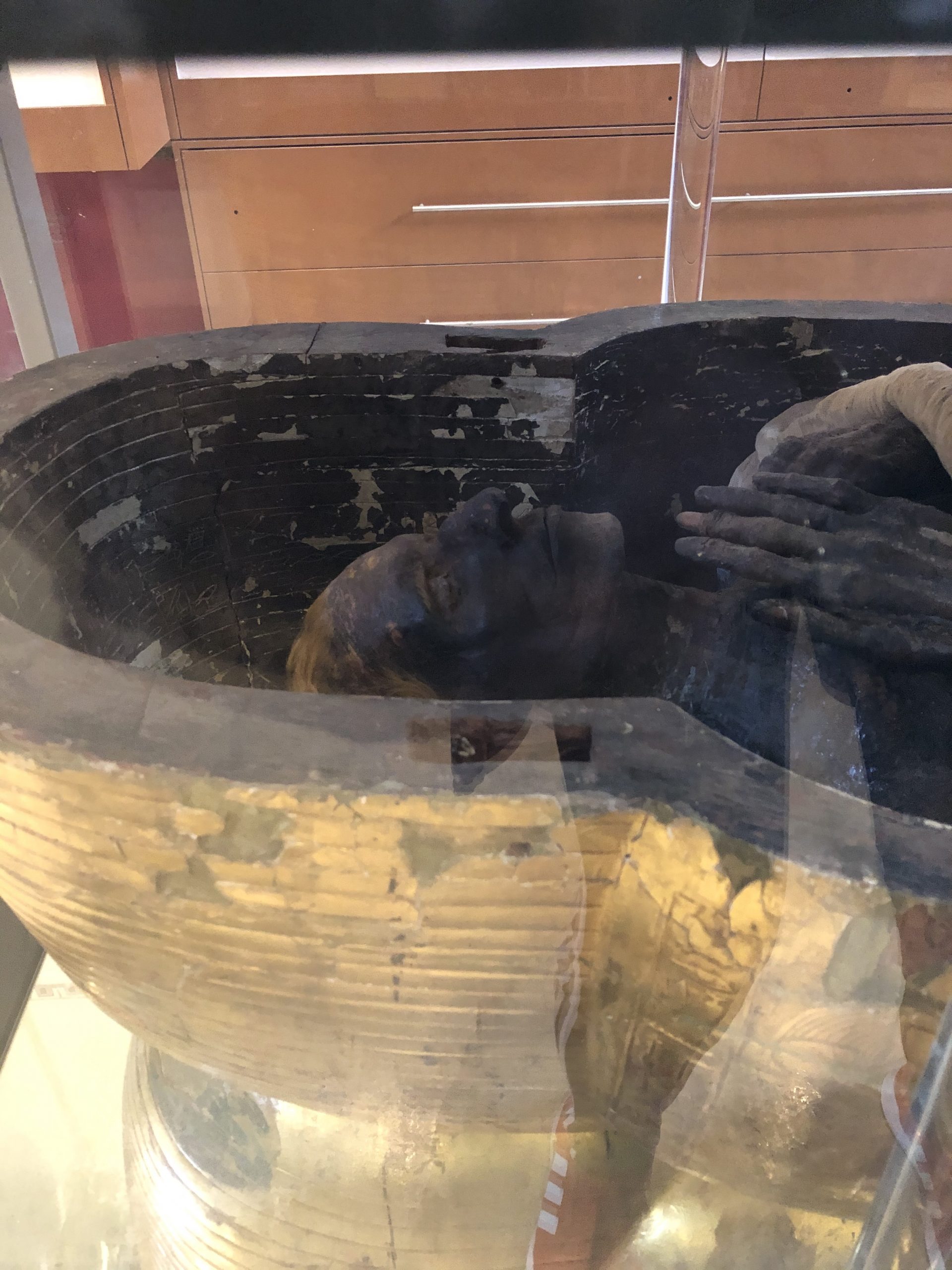 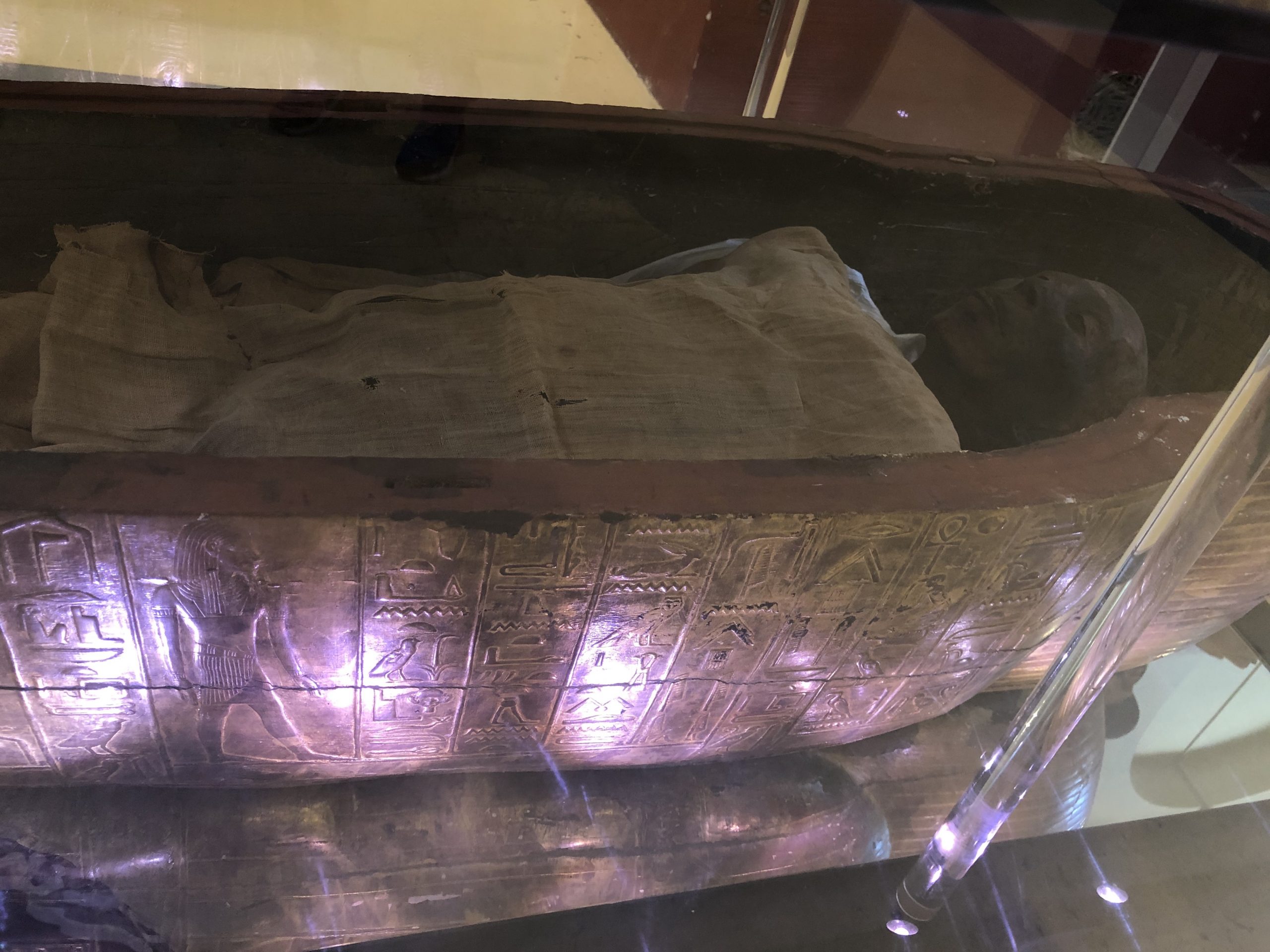 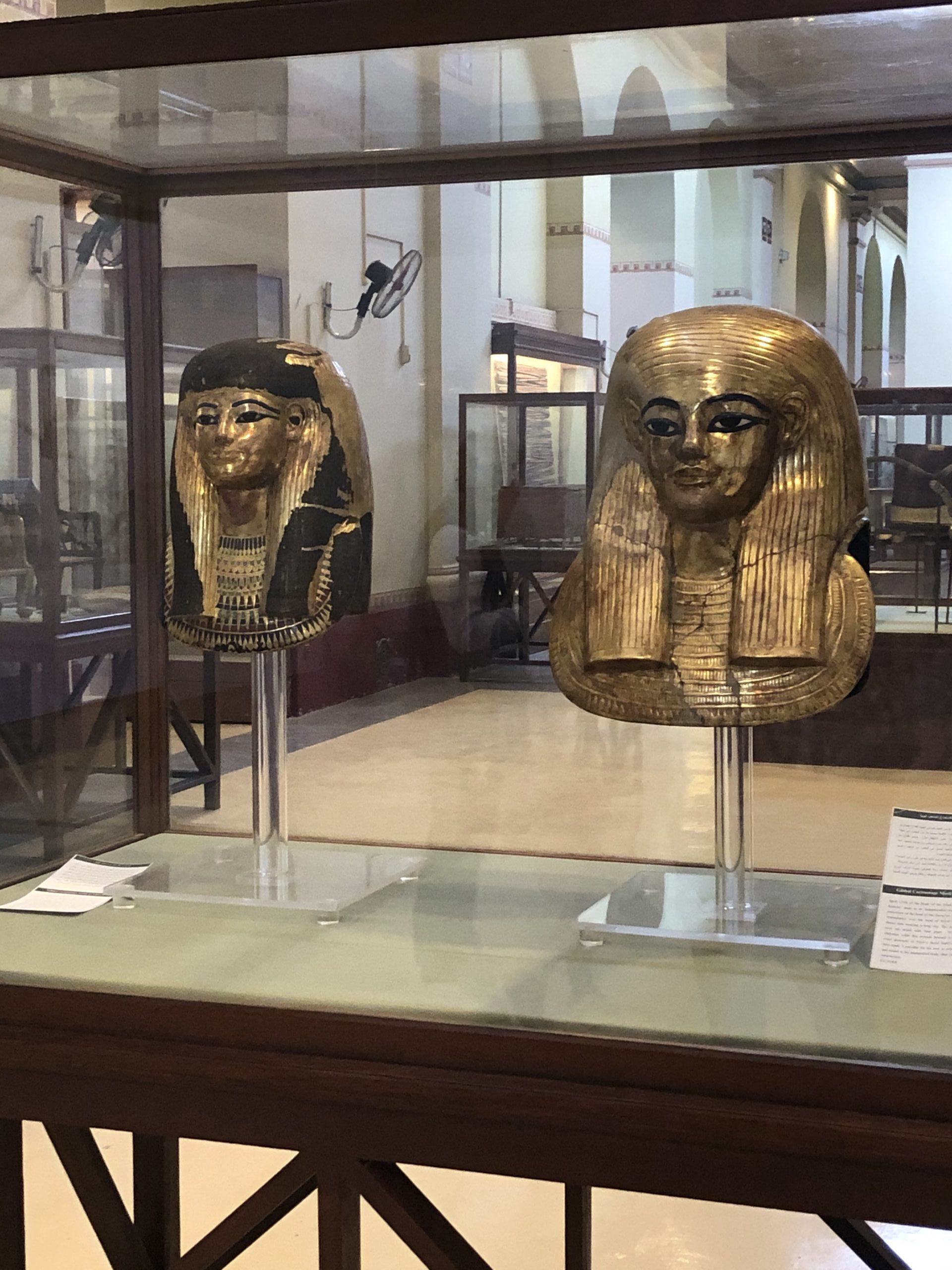 After leaving the Egyptian Museum, the guide drove us to the Wake UP Cairo Hostel, to chill for a few hours before our flight.  I don’t have any idea what rooms looked like, as we relaxed in a general seating area, overlooking the busy city. While there, we relaxed and had dinner from a restaurant that delivered, at their recommendation.  The food as quite tasty, inexpensive, and the portions were huge.

A few hours later, the driver picked up us and we headed to the airport.  As I bid farewell to Egypt, I had a fully belly, nice photos and a great experience to reflect on! 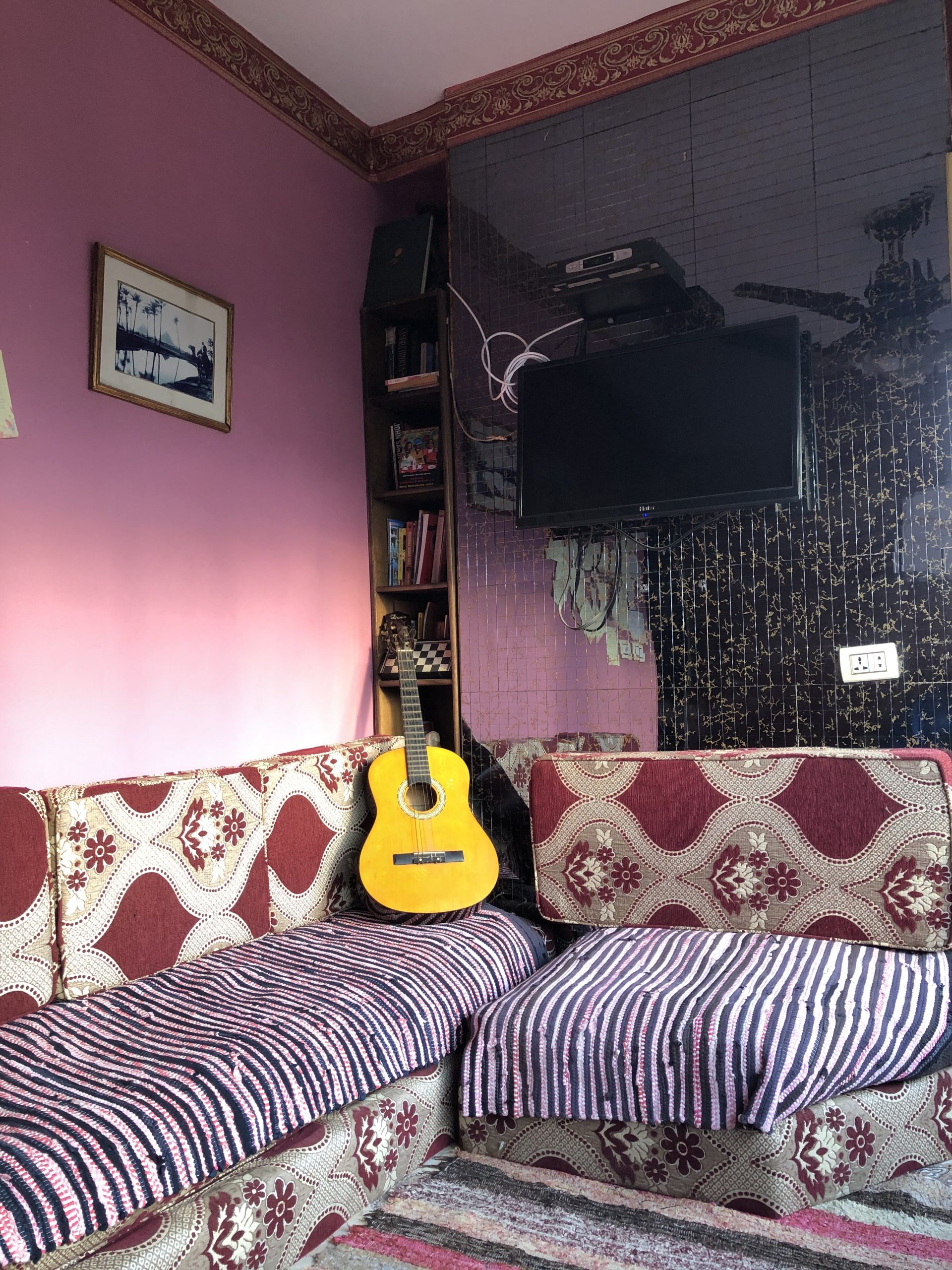 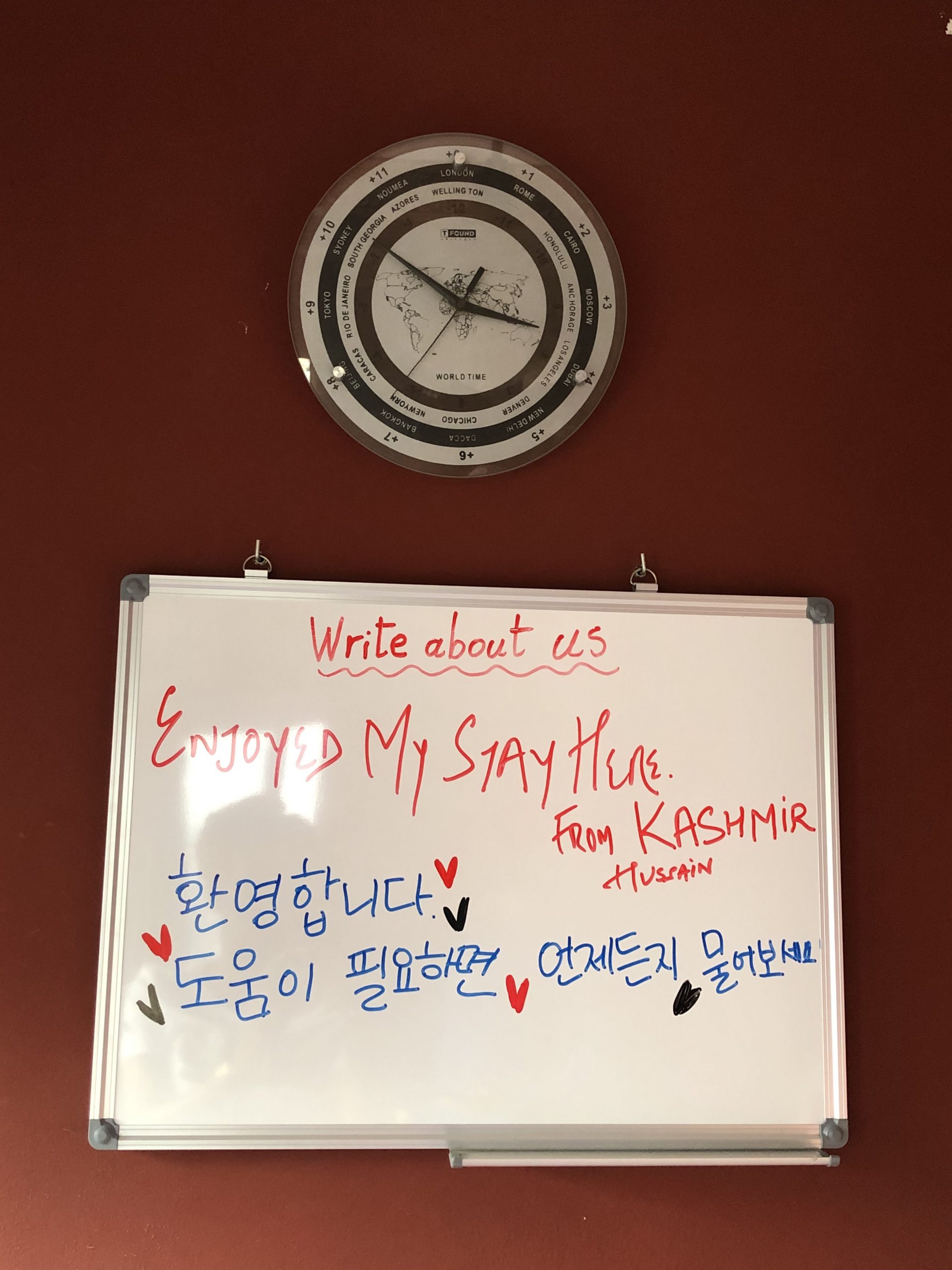 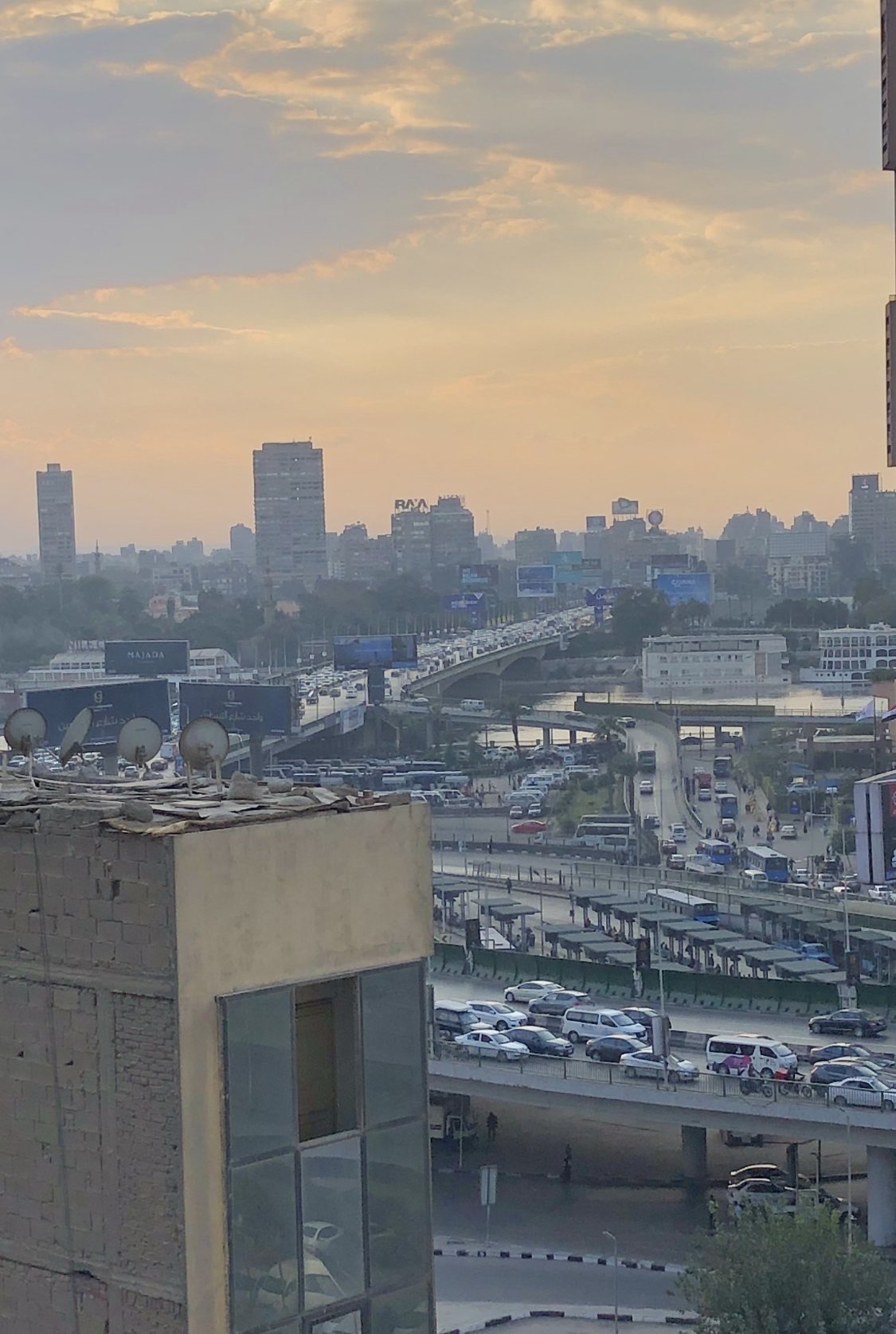 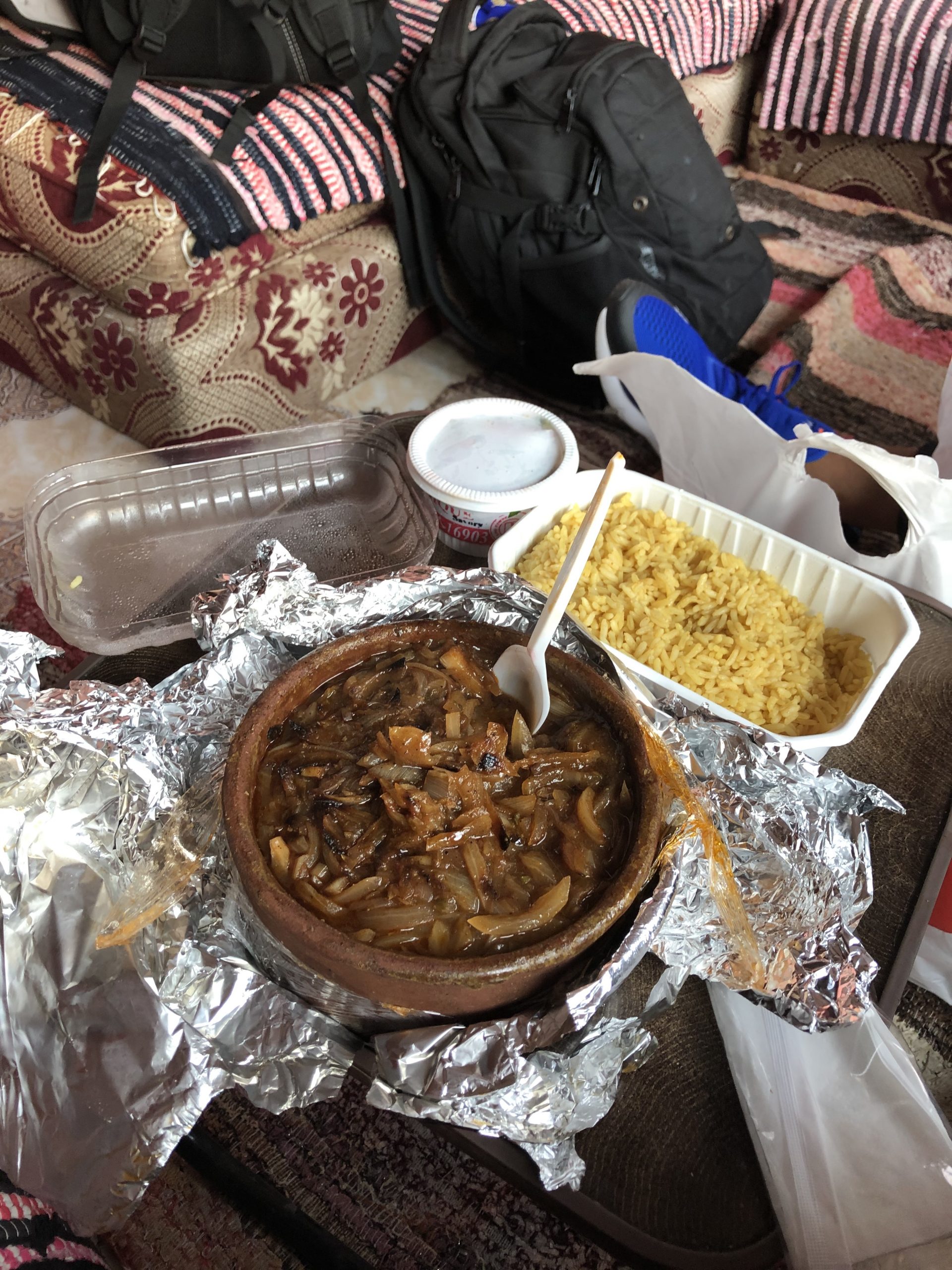