Exploring the Pyramids of Cairo 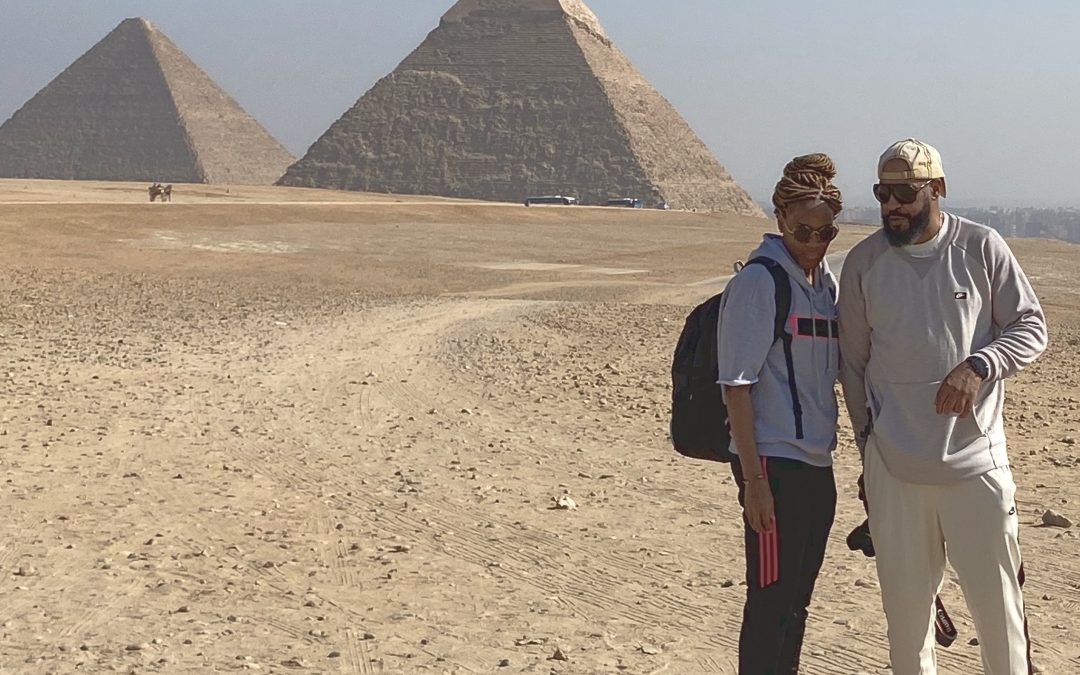 We had a good night’s sleep, so we hit the ground running on day 2 in Cairo.  This day was all about exploring the pyramids.  We set up a 3 stop tour to see the Pyramids of Giza, Mit Rahina Museum, and Saqqara Pyramids.  Pick up was 9 am.  Thanks to Whatapp, communication with company was seamless.  On route to the first location, we stop for a few snacks from the store.  The guide picked up juice, chips (became obsessed with the salt and vinegar), and cookies.  The first stop of the Pyramids of Giza.  I had no idea that it wasn’t just the Sphinx, but other pyramids as well.

We opted out of the camel ride and conquered it all by foot.  It’s even more amazing in person to see how huge they are, still in good condition after thousands of years.  The Great Pyramid is the last of the ancient Seven Wonders of the World, built during the 4th Dynasty for Pharaoh Khufu.

Our guide was nice enough to take pictures of us with our phones and camera.  There is no color at all in the background.  The desert and the pyramids are basically the same color.  The last of the group was the Great Sphinx.  It’s massive, so it’s not necessary to get right next to it for a picture.  You could only get so close anyway, because there was a rope around it.  With the help of my husband, we got the great pics in only a few tries. 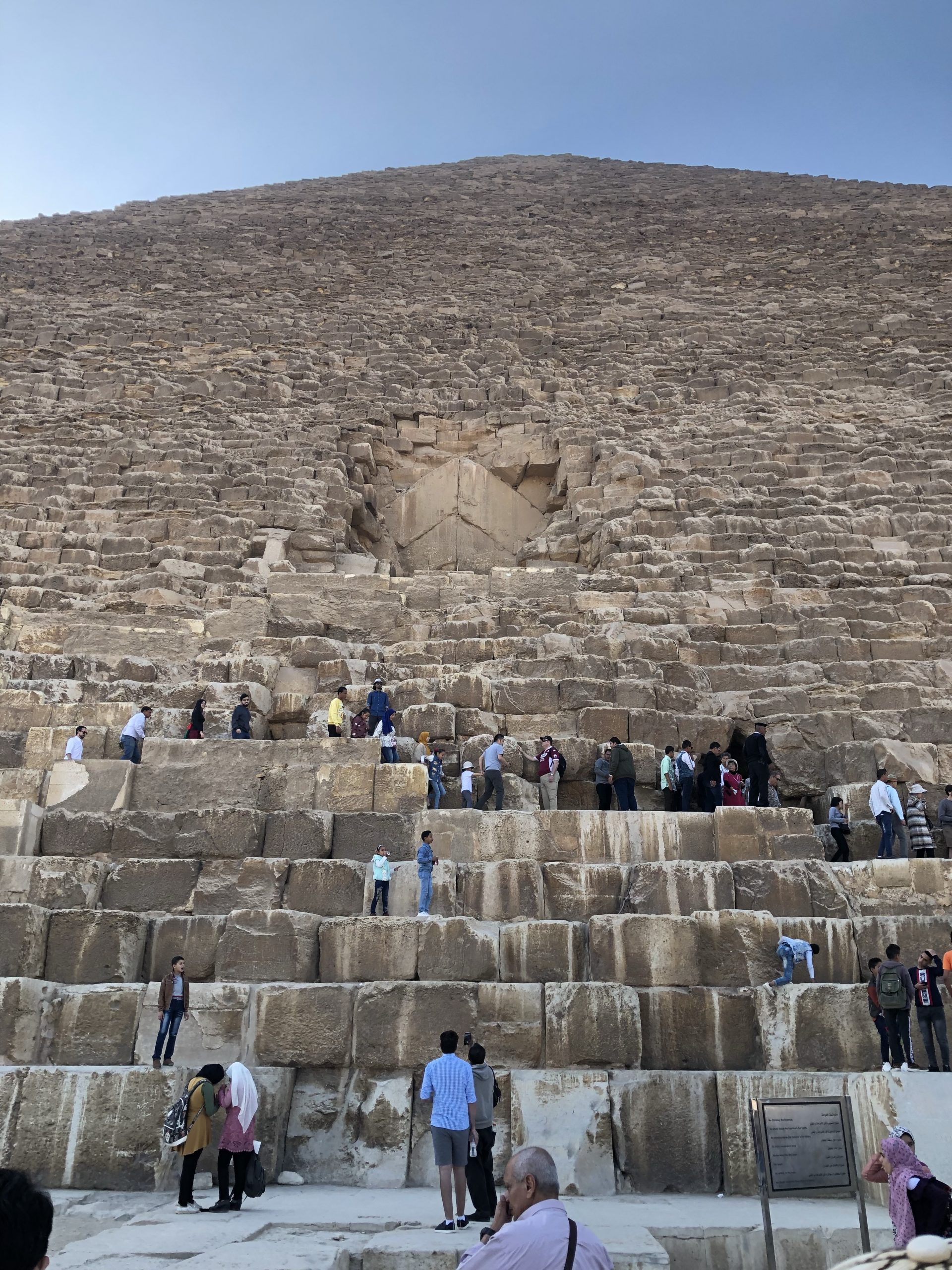 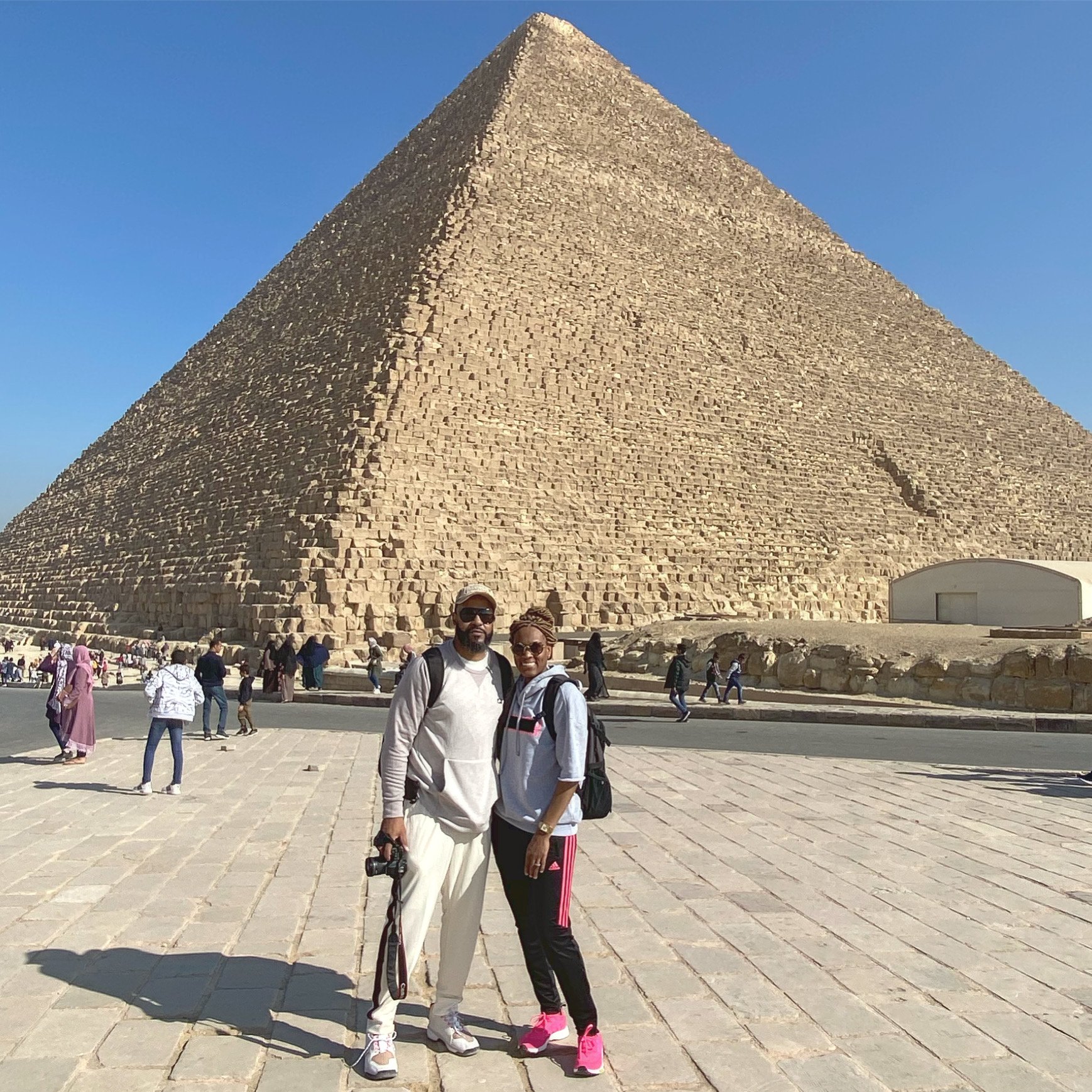 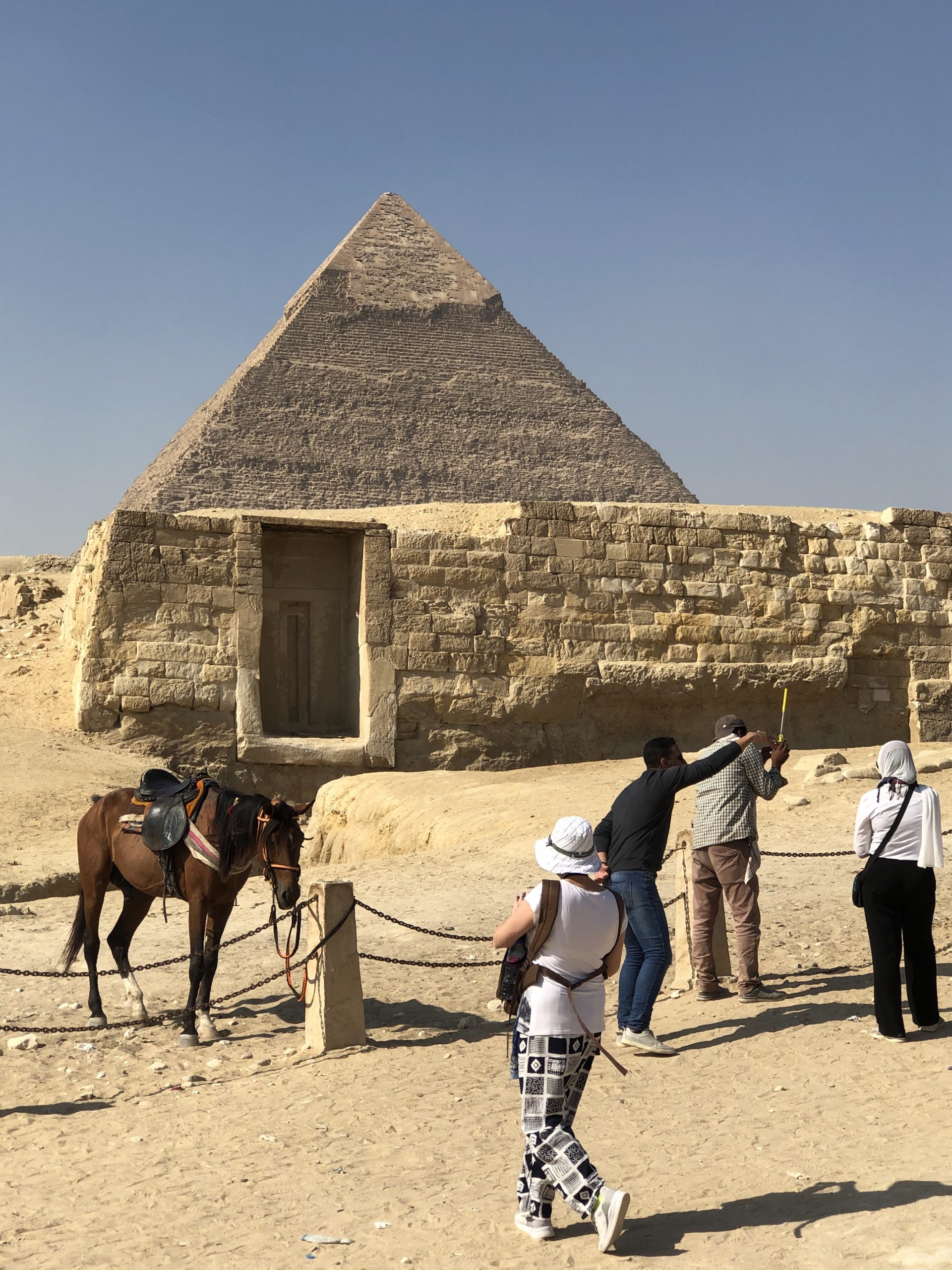 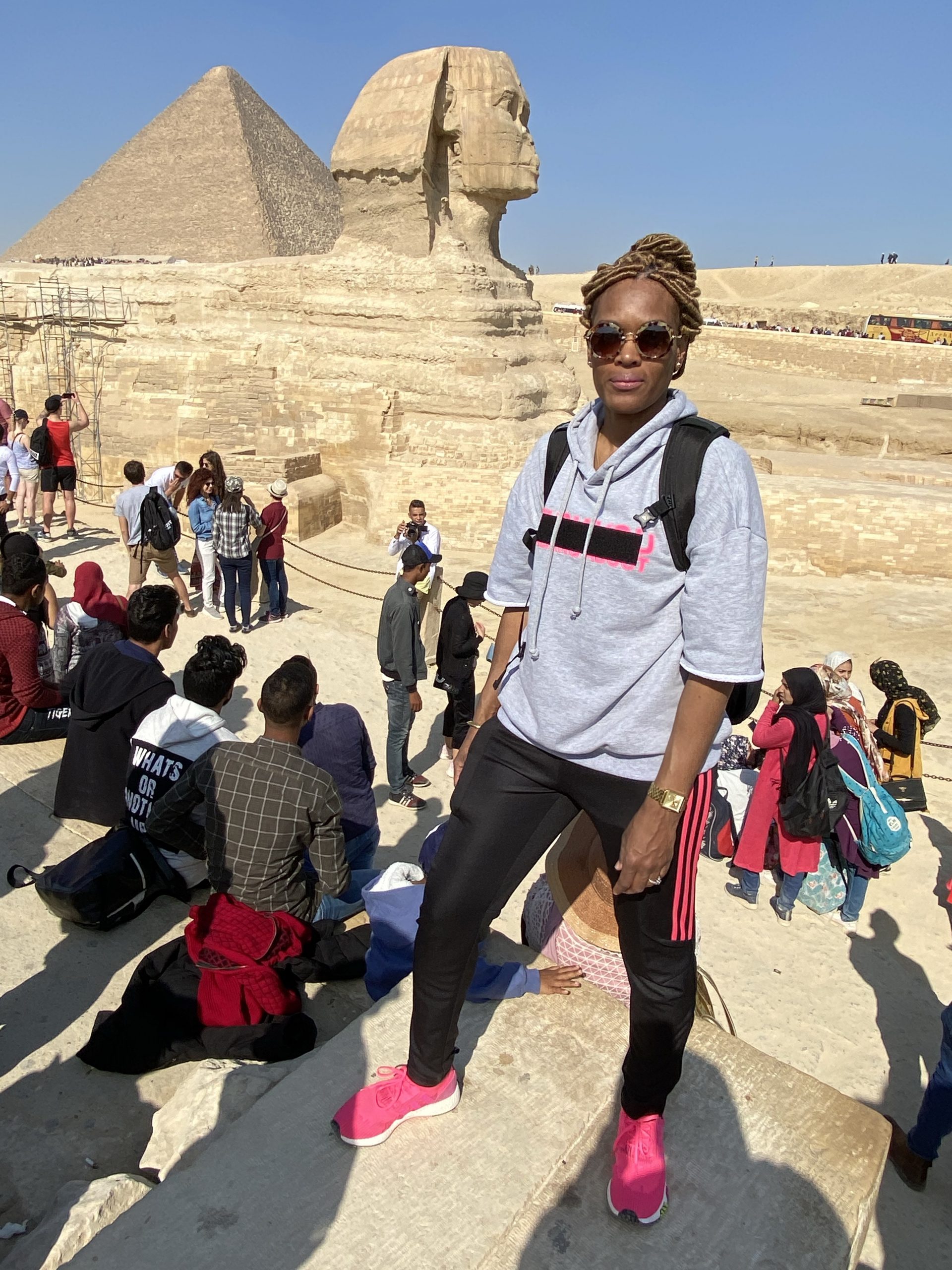 After a leaving for a 4 course lunch, and purchasing some art at a nearby shop, we headed to the Mit Rahina Museum.  It has remnants of the ancient city of Memphis, former capital of ancient Egypt.  Here is where I first see a limestone statue of Ramesses II, which I later see throughout Egypt.  The statue was huge and so intricate.  I was in awe as I walked around it, taking in its full length. 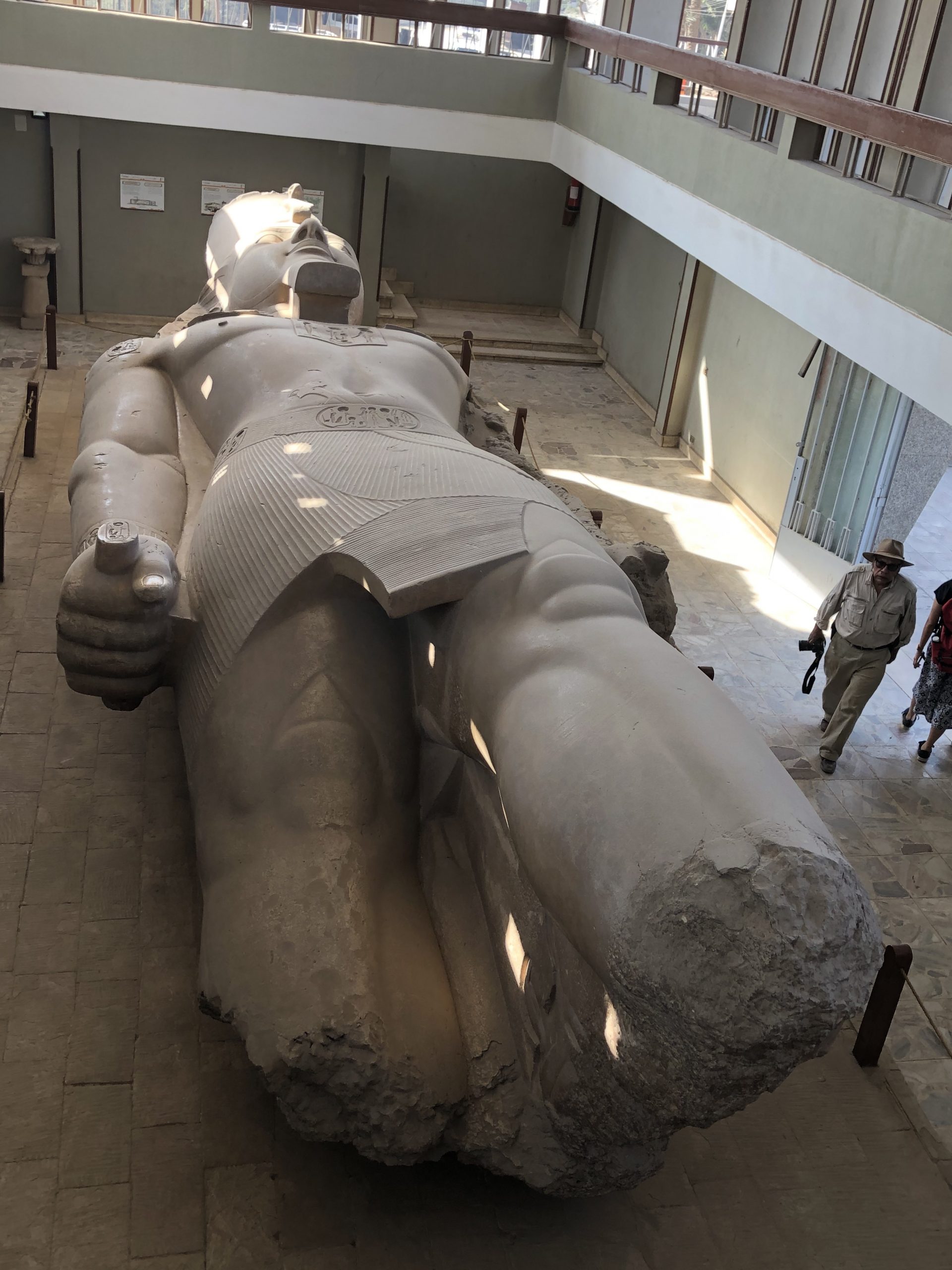 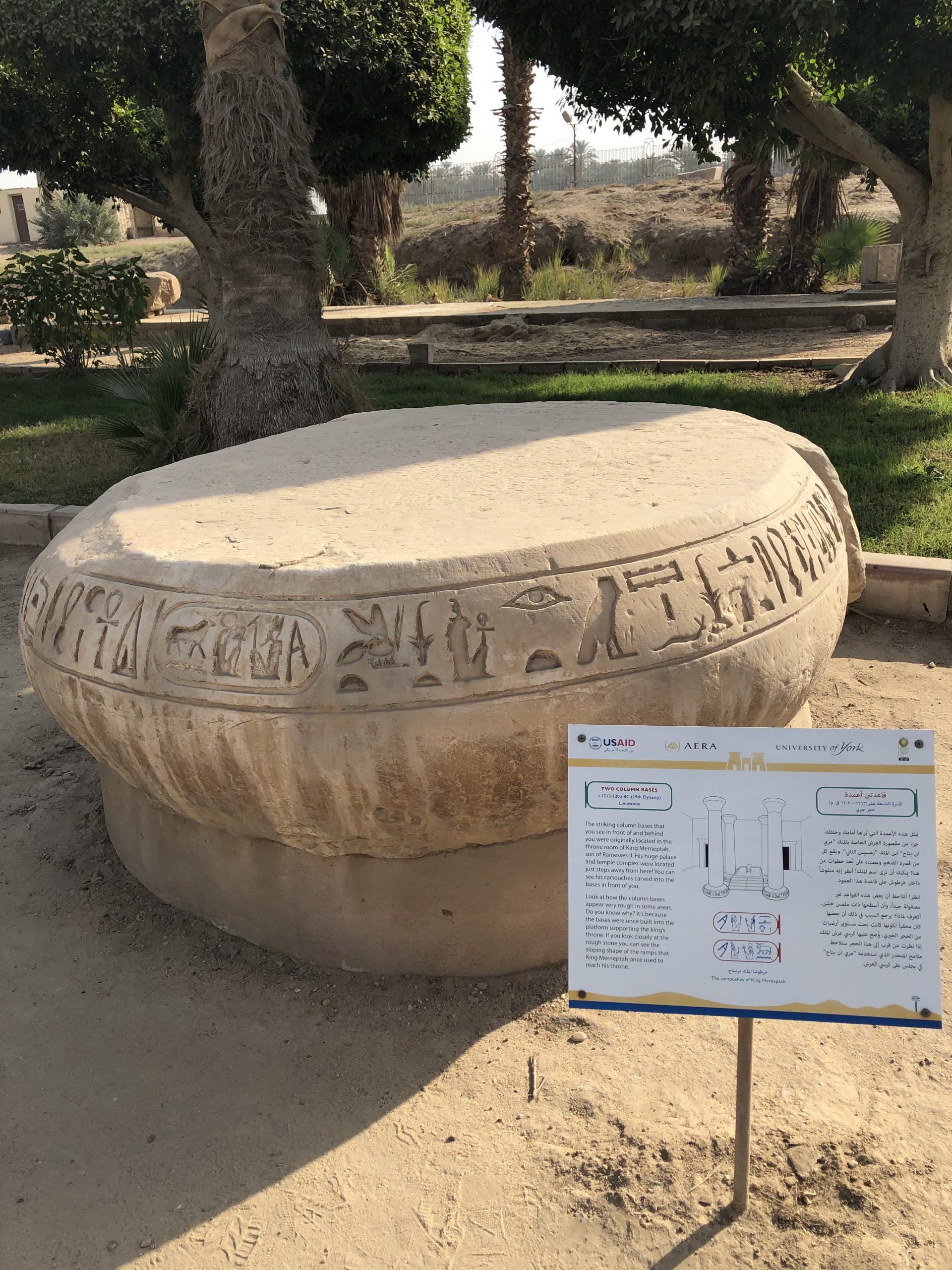 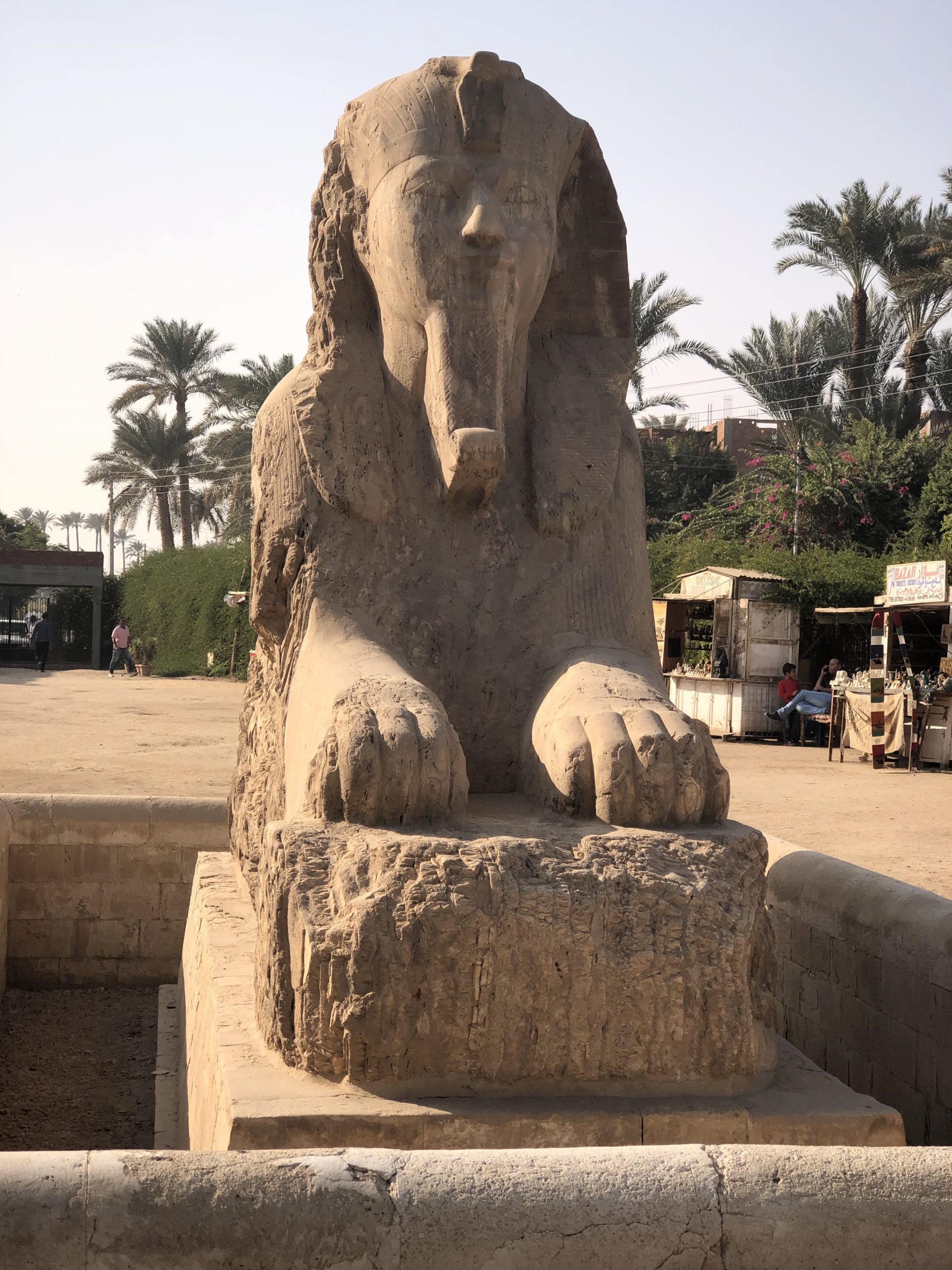 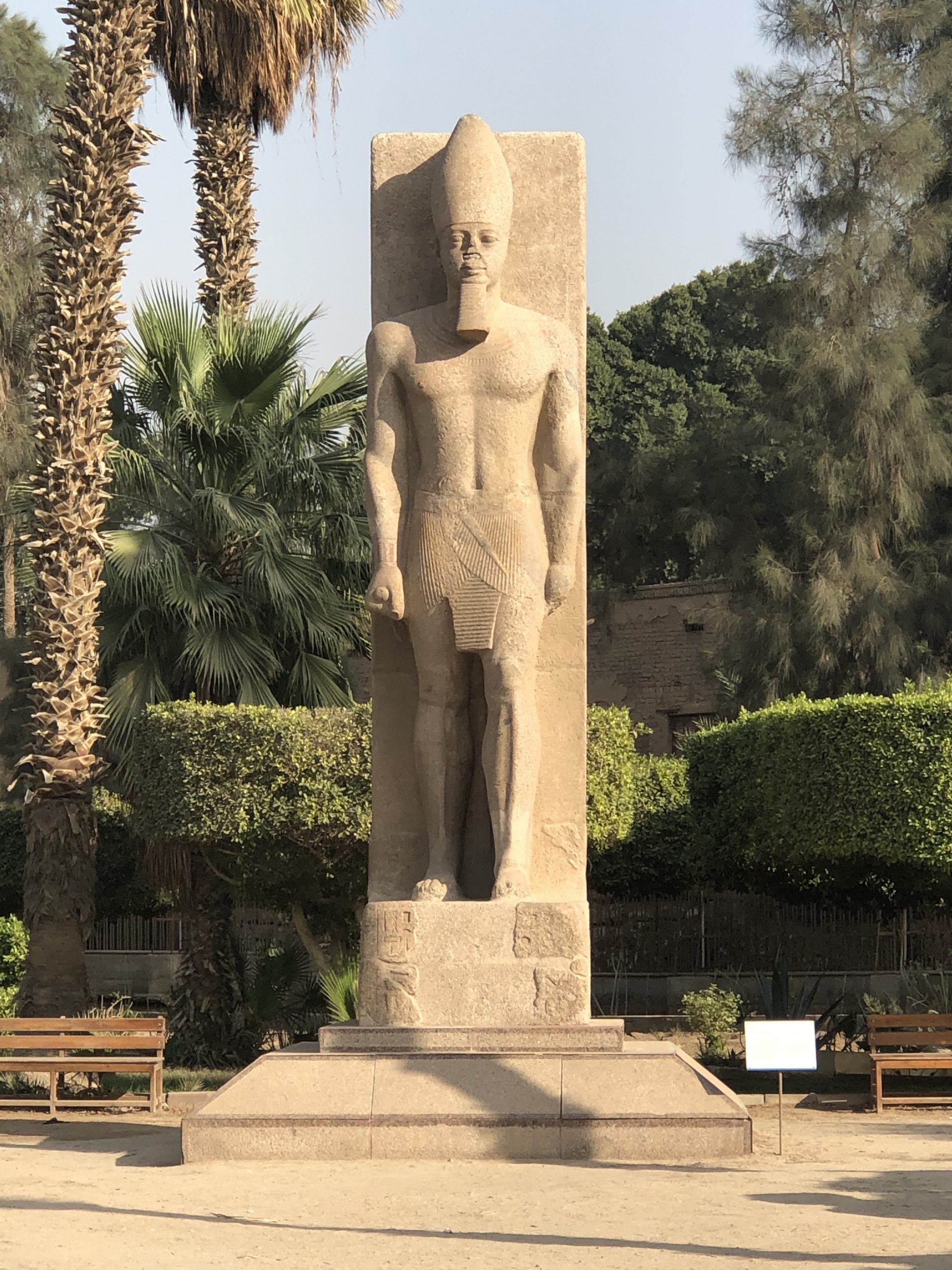 The final stop of the day was Saqqara Pyramids.  Here we see intricate hieroglyphics, pyramids, and a tomb, called The Funerary Complex of King Teti.  We get to go inside the tomb, which was quite claustrophobic.  We had to stoop down very low and walk slowly.  There was really no way to turn around. Once you committed to going down, you had to descend all the way to the bottom before returning.

It lead to several rooms with more hieroglyphics and a coffin.  After taking in the history, we had to ascend the same way we came down, in a single file line.  I was very relieved to get back outside.  However, it was a cool experience and a great way to end the long day of exploring the pyramids. 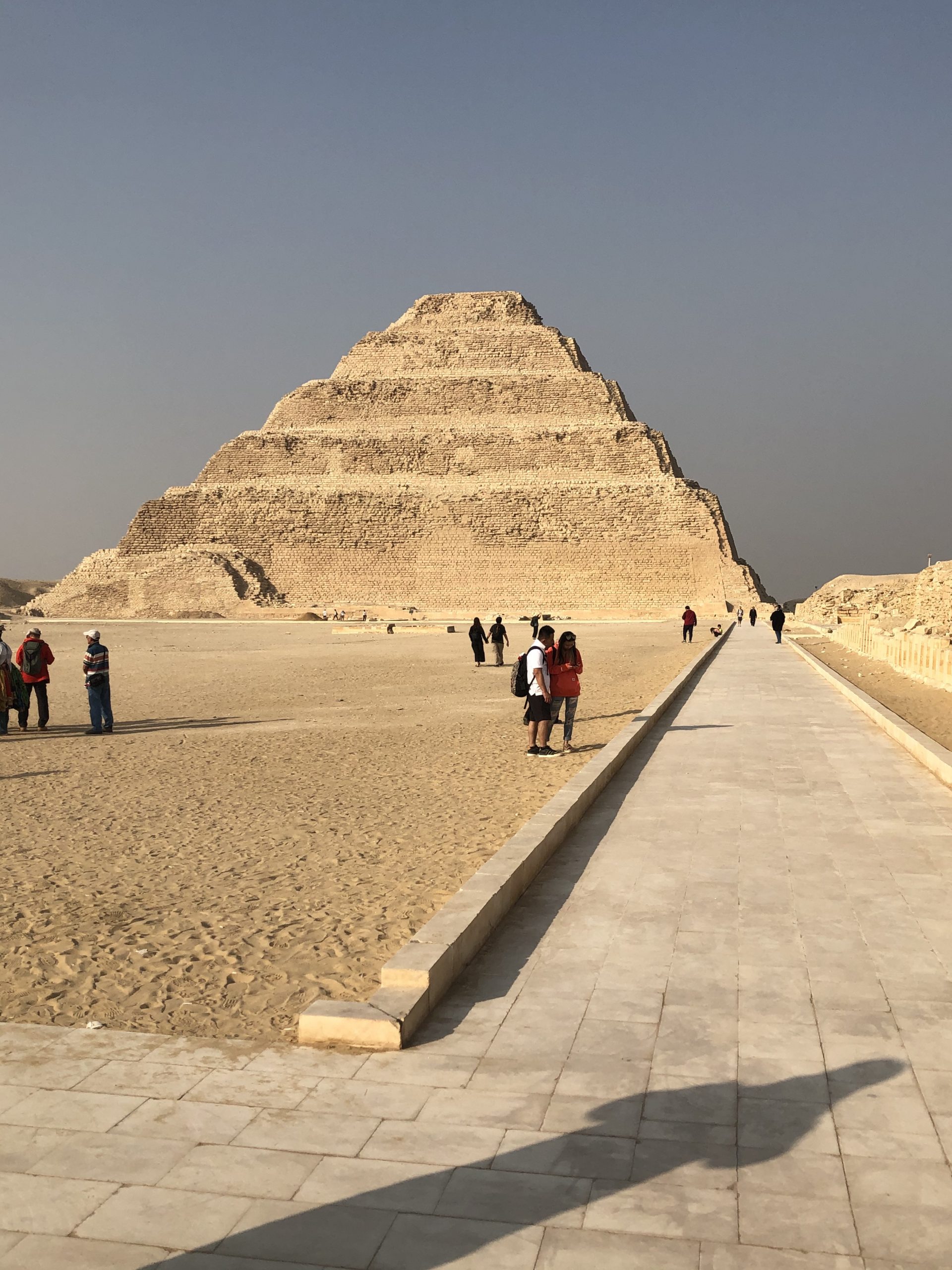 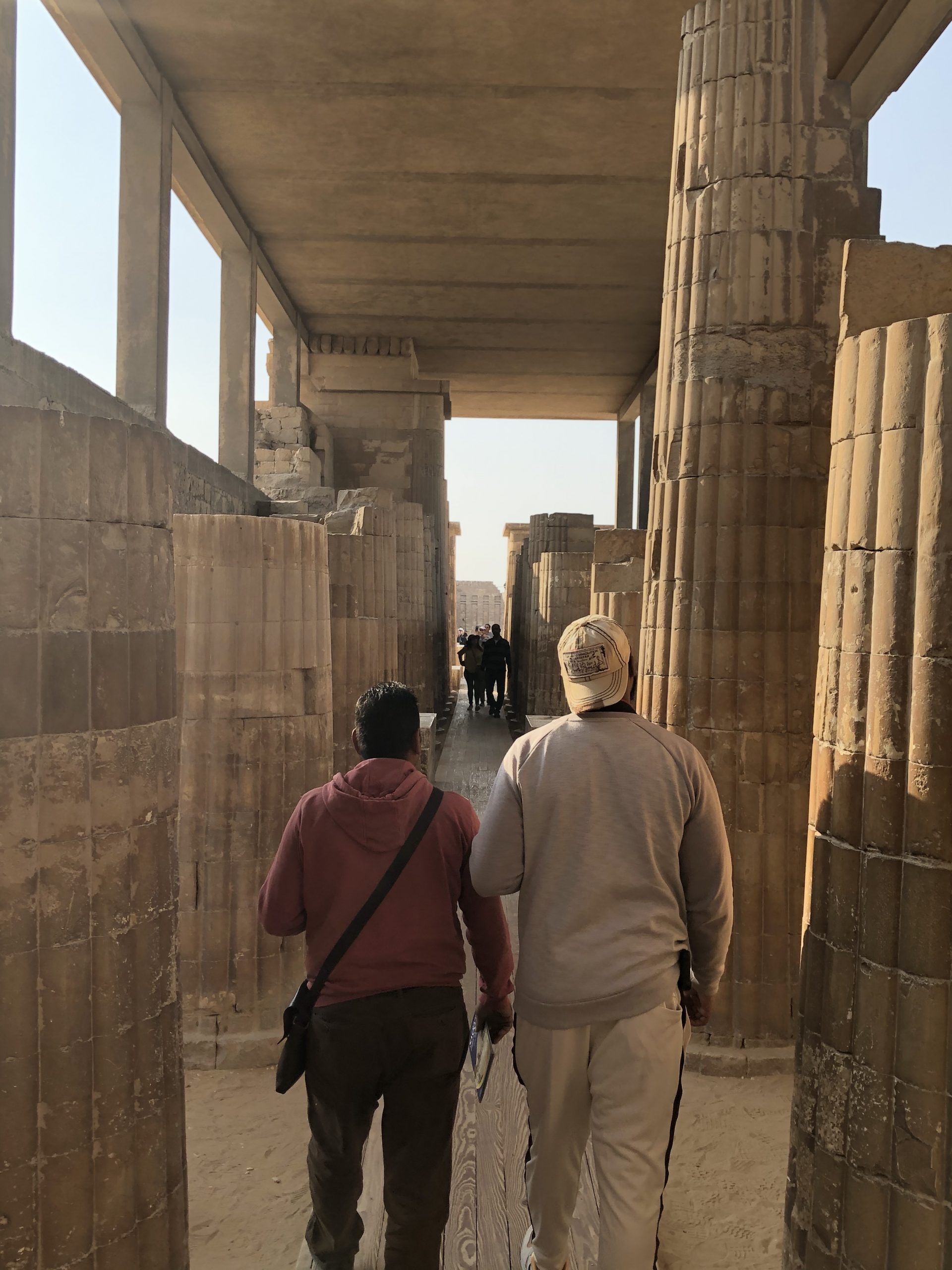 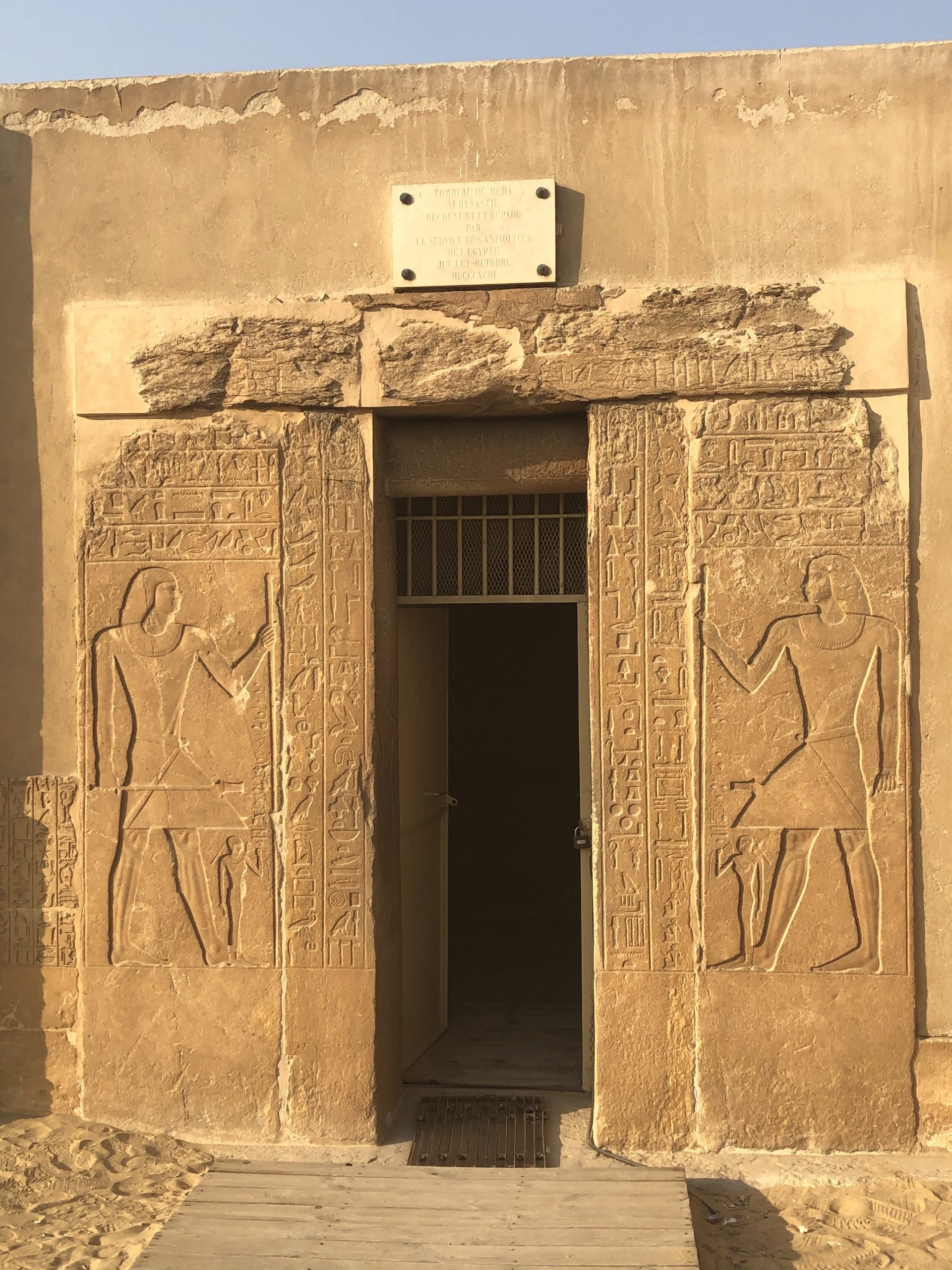