Thrill of the Hunt: Thrifting in France 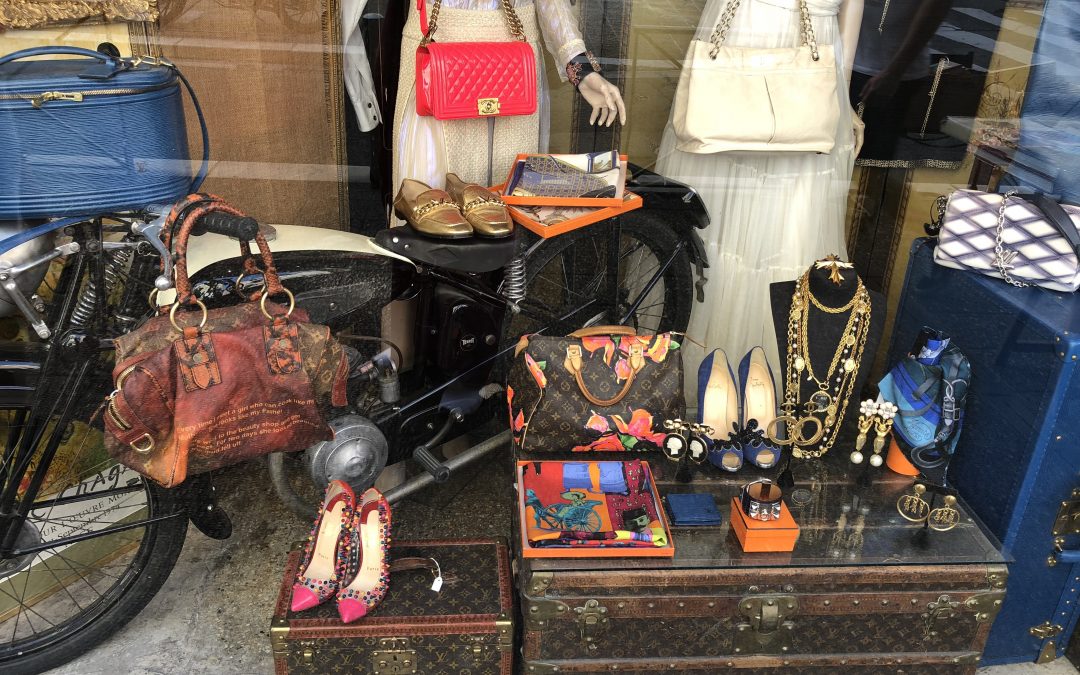 One of the joys of traveling is treasure hunting in thrift/vintage stores and consignment shops.  The thrill of the hunt is always exciting, but it’s even higher in a new city, state or country.  I knew that I wanted to do it on at least 1 stop on this previous trip, as it was a multi-destination vacation.

The key to having the best thrifting experience as possible is to have a game plan.  Do a Google search for neighborhoods and stores. Trip Advisor, Yelp and other sites show reviews that give some idea of what to expect as far as inventory and pricing (although that can be relative).  Also ask fellow thrift friends that may have visited that location.  Set the day(s) you want to go, find the area/stores, and set how long you will spend in each store.

On this trip, I found my stores (noted the business hours) and planned the day.  I also searched the stores in GPS to see how far they were from my hotel, as well as each other.  I wanted to take the most efficient route to reach them, making the best use of my time.  Since I was visiting multiple stores, I allotted 1 hour or so per store.  I had to give myself a limit, or I would have stayed in one place too long.

Paris, France was a bust.  I searched online, asked a fellow thrifting friend, and found an area to visit.  I stopped in Kilo Shop and Free P’Star thrift stores.  They had locations on each side of the street.  I guess if you weren’t feeling crossing the street, you could stick to one side and not feel like you were missing out. They had so much inventory packed into these stores that I was overwhelmed.  I barely gave it 10 minutes before I threw in the towel.  While wandering the neighborhood, I found other stores, but didn’t have any luck finding goodies. 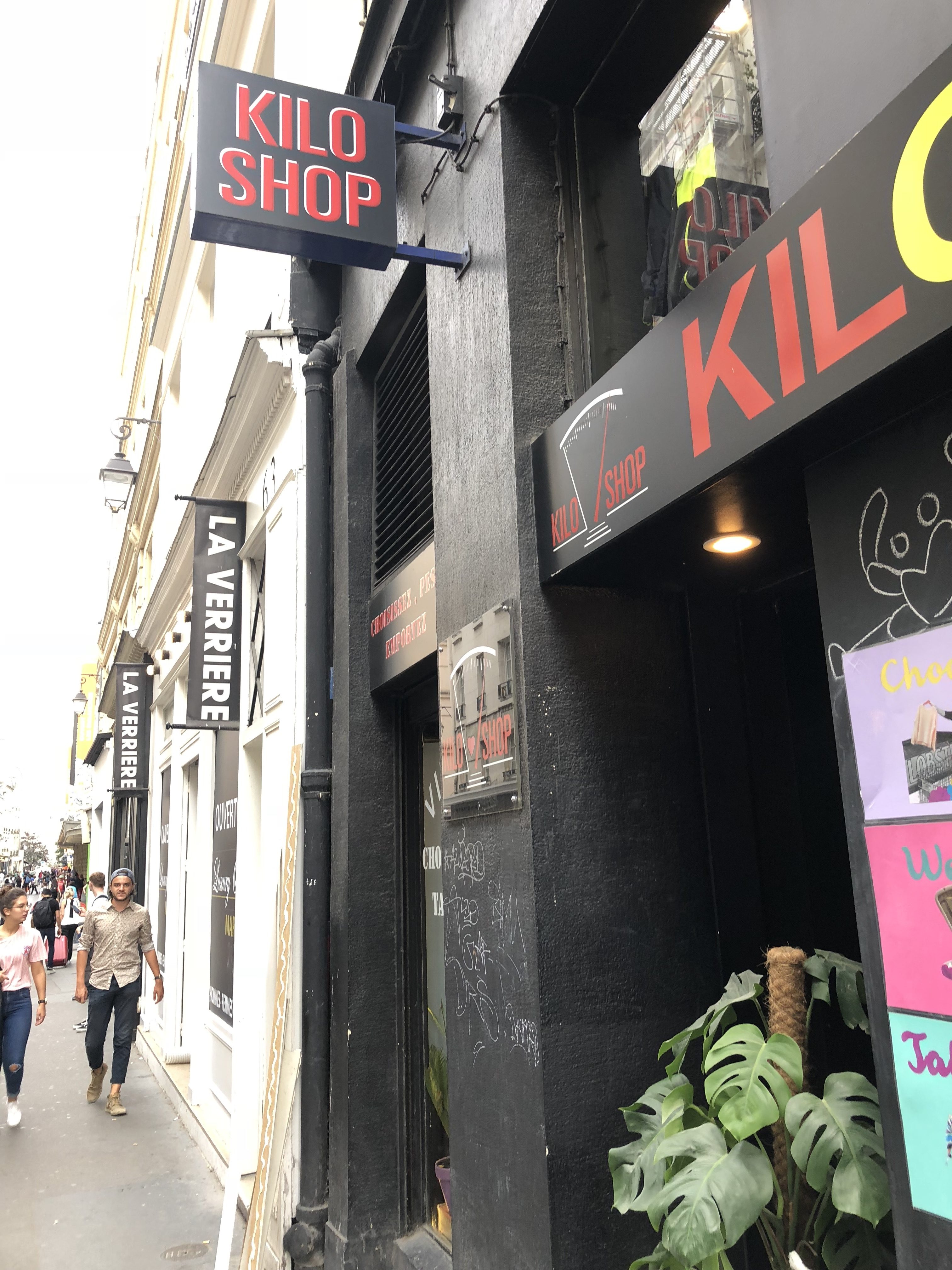 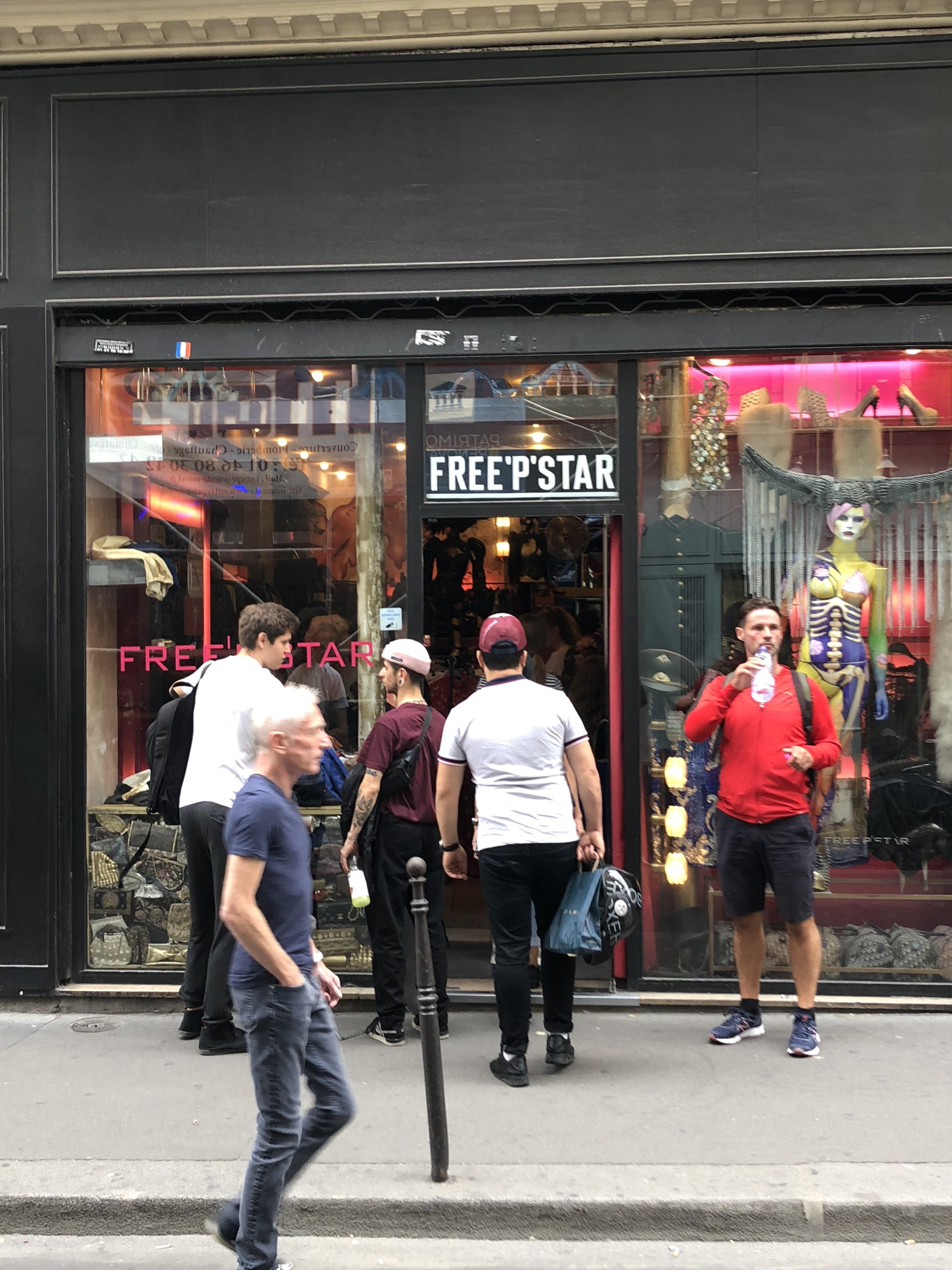 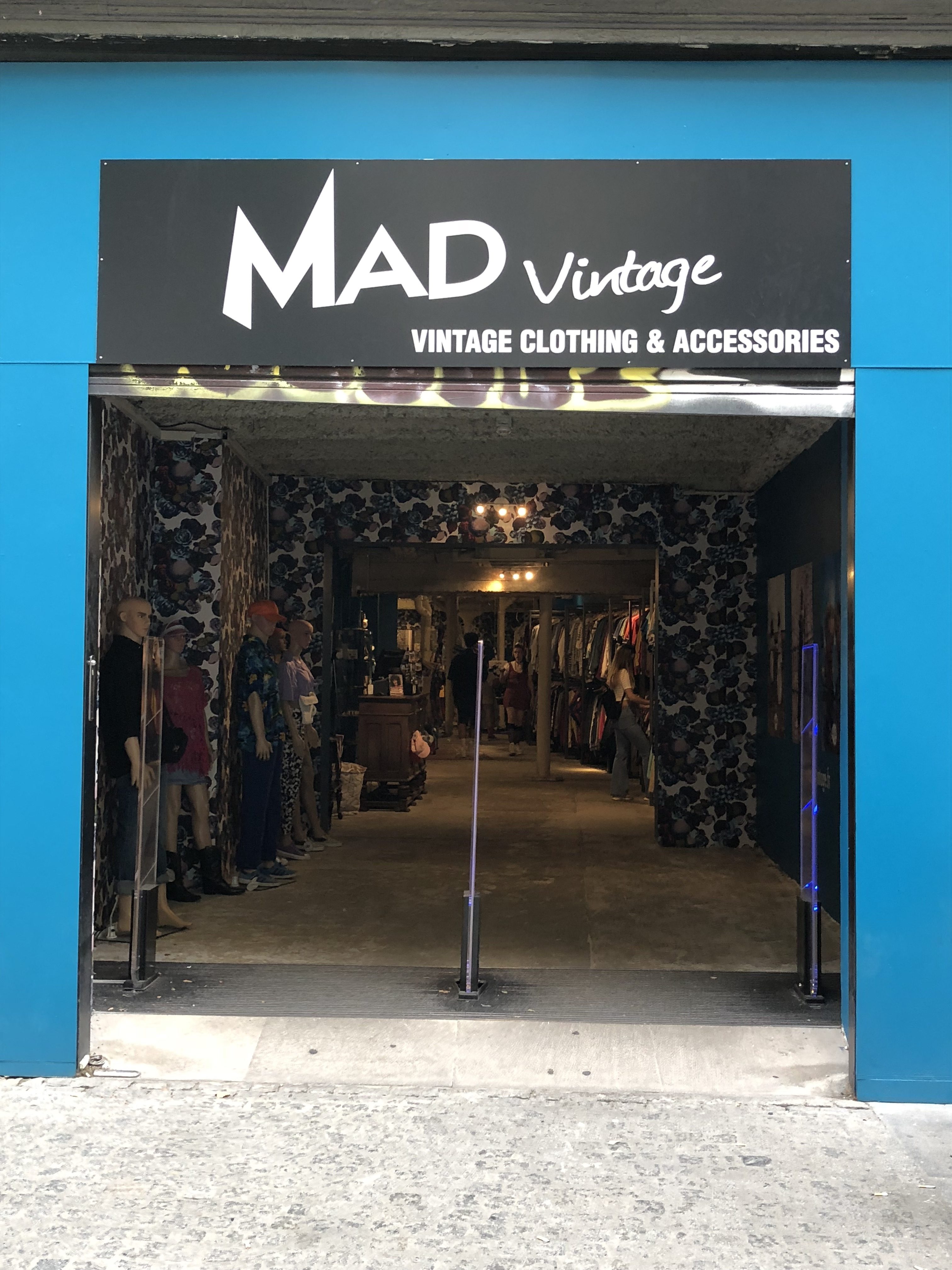 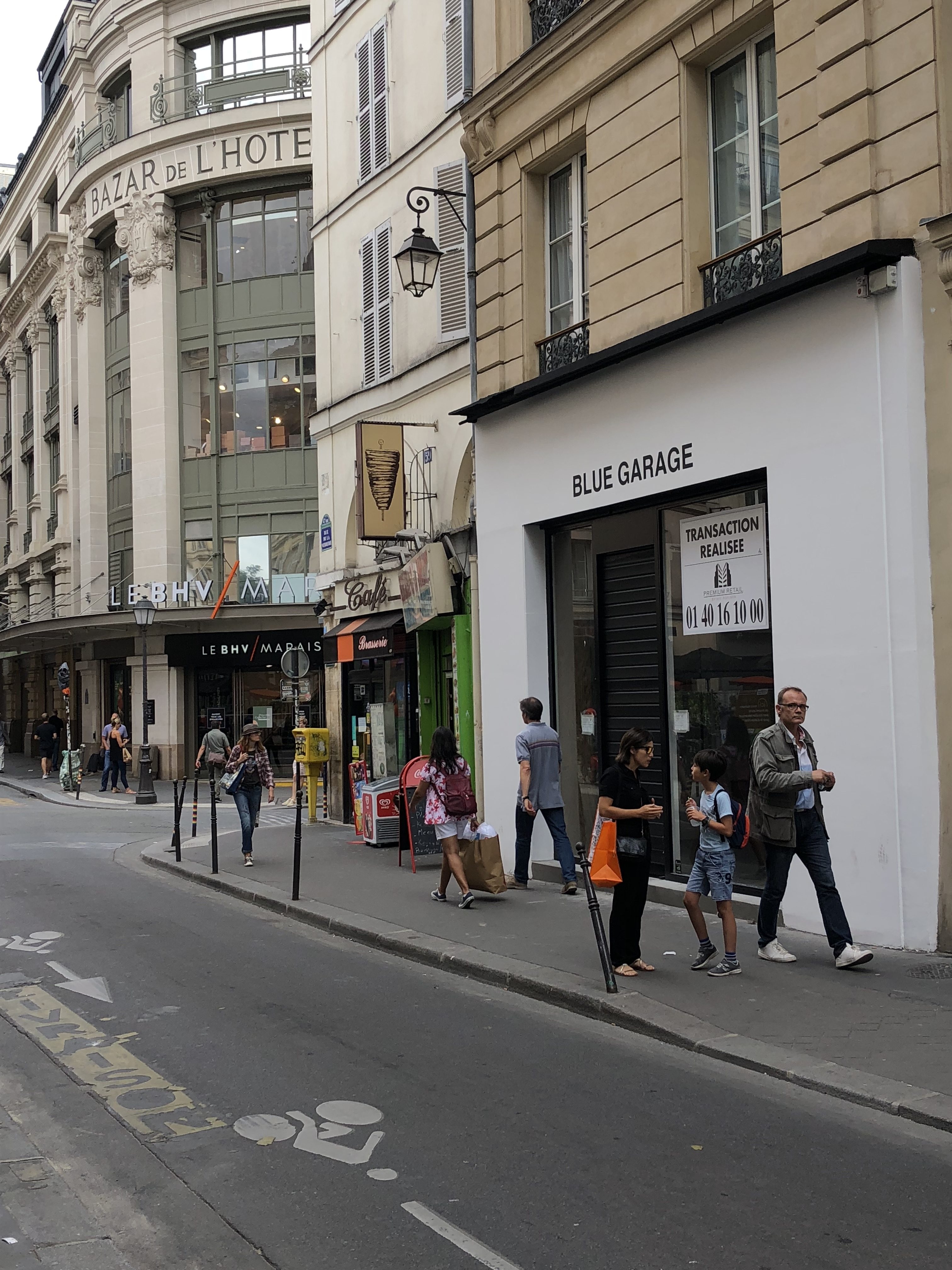 Next up was Nice, France.  It must have been meant to be that I didn’t have any luck in Paris – more euros to spend in the South of France.  In Nice, they called consignment shops ‘depot vente de luxe’.  I searched and found locations that seemed cool: Mademoiselle, Caprice Vintage and Hall du Festival.

Mademoiselle had a huge storefront window, complete with vintage shoes, clothing and luggage.  I was probably there about 30 minutes.  The owner was super nice and had a great selection.  She didn’t have anything that I absolutely ‘had to have’, but it was great to see and touch. 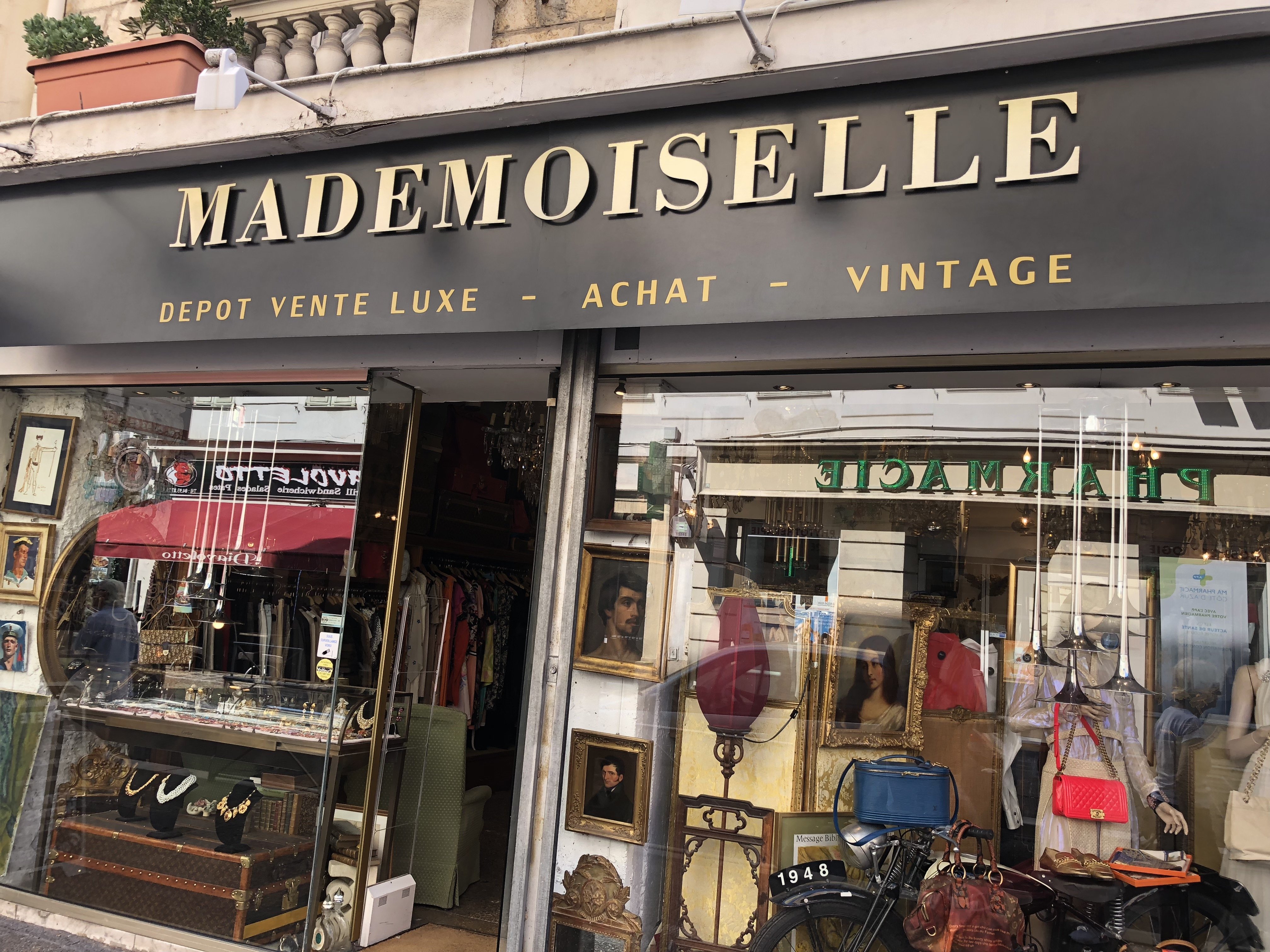 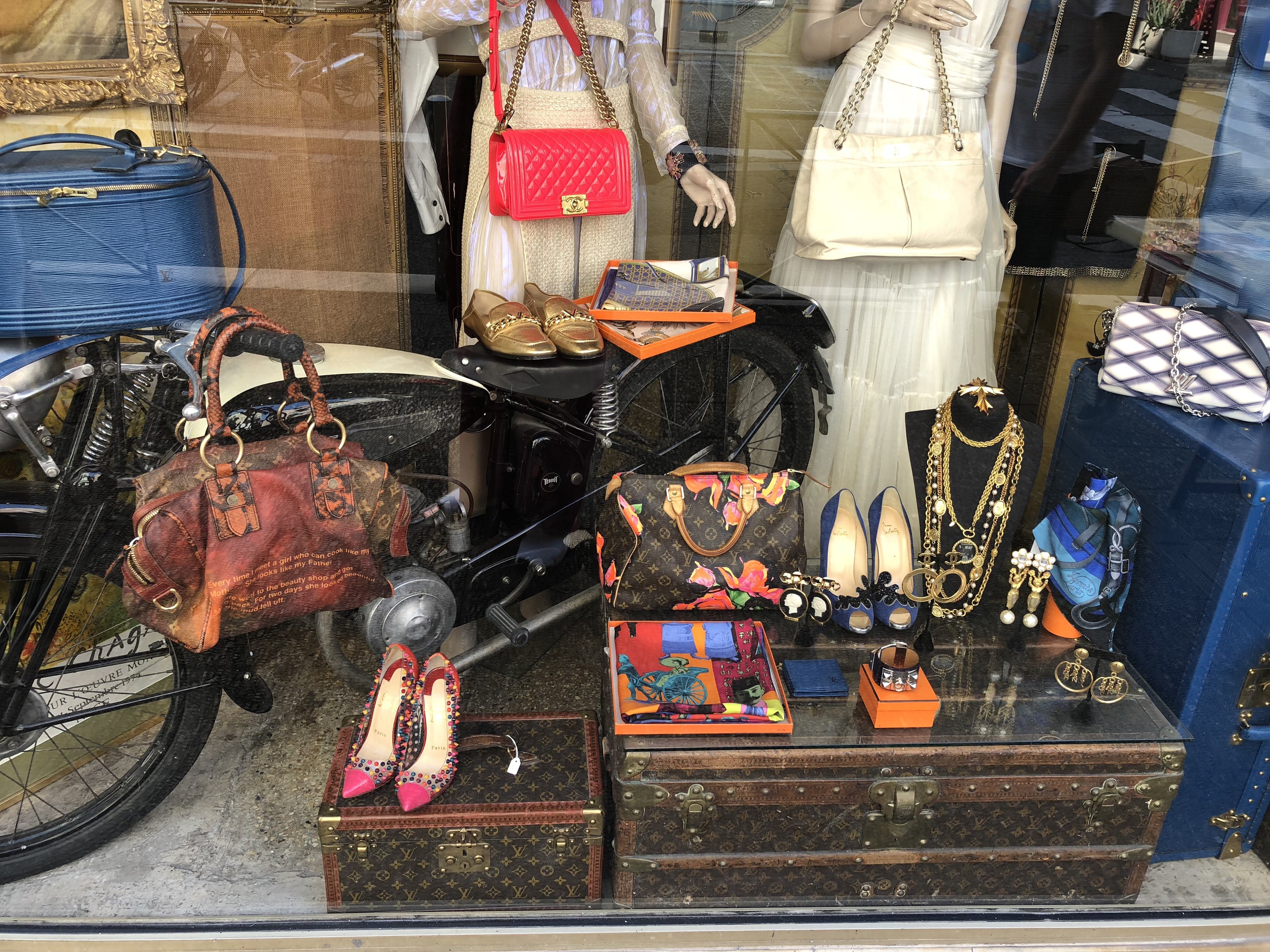 Caprice had 2 levels of goodness.  I was probably there about 45 minutes.  It was a small spot, so it didn’t take long to look through.  I also skipped digging through the clothing on the second floor, so that made it fast.  It had brands that I knew, and many that I didn’t.  It didn’t matter, because everything was great!  I regret leaving behind a vintage Celine bag, as it had cool carriage logos all over it.  However, I did get a vintage, suede Gucci purse. 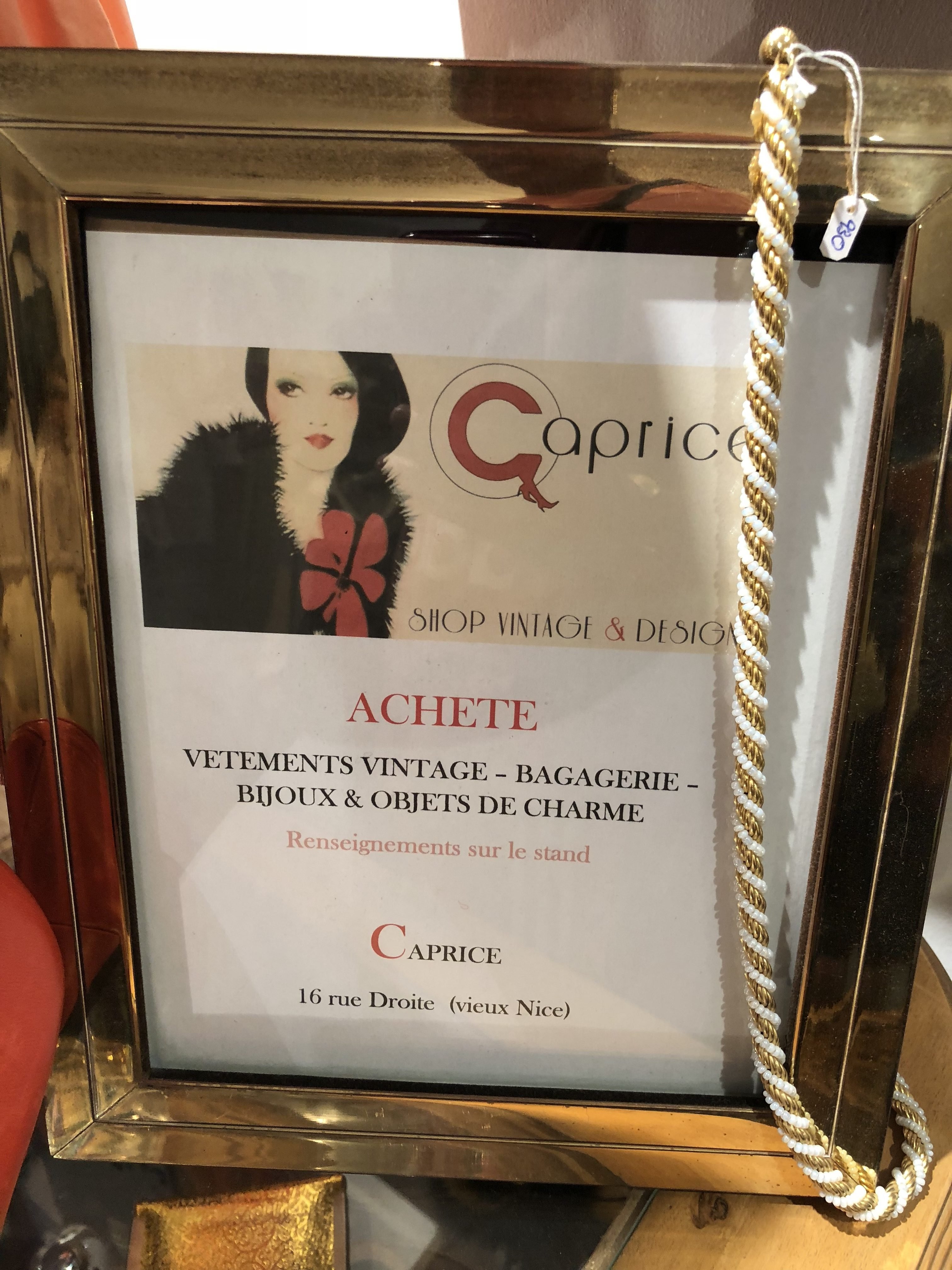 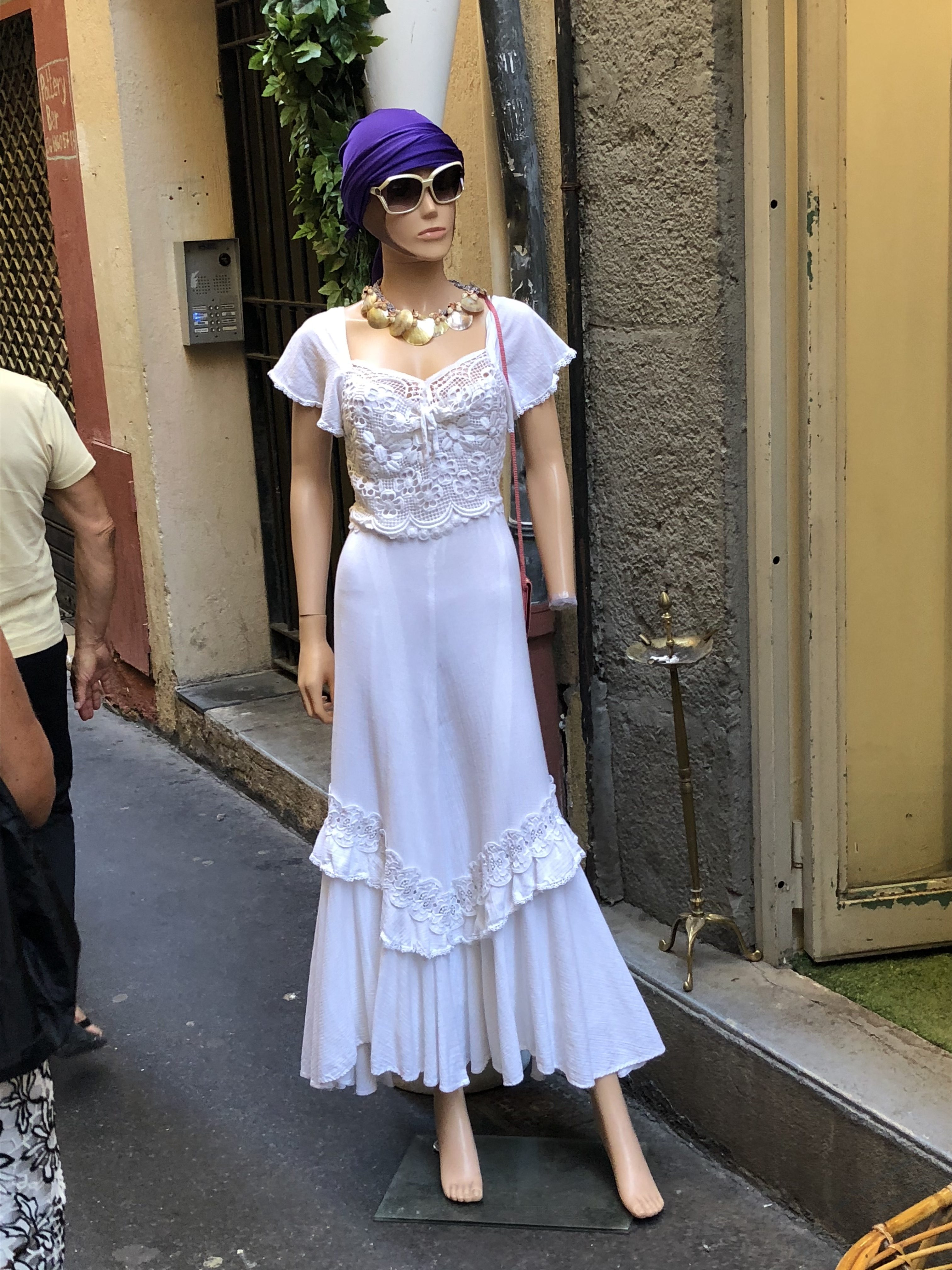 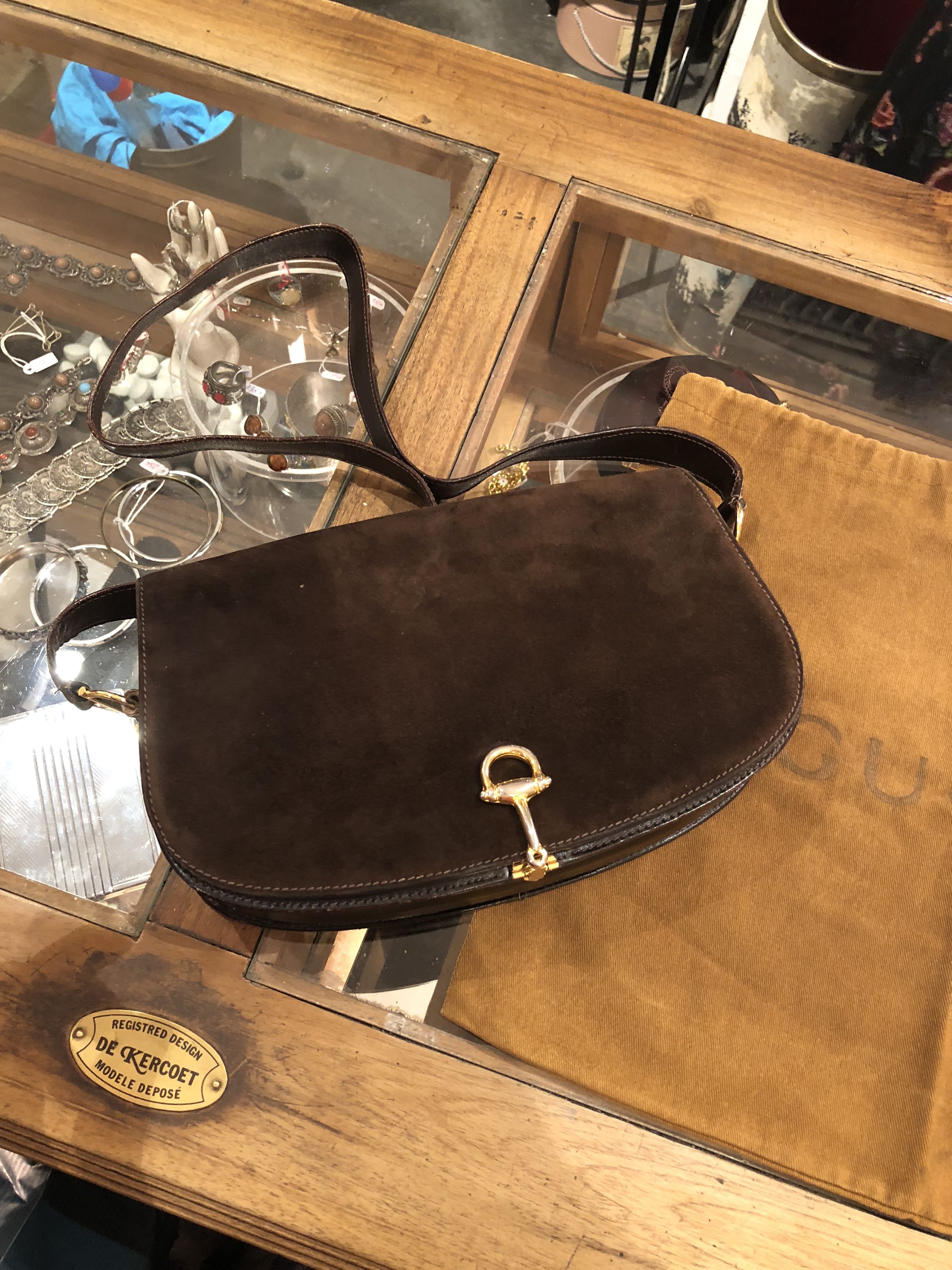 The last stop was Hall du Festival.  The best was definitely last, as there was so much packed in this store: purses, belts, luggage, shoes, sunglasses, etc.  It turns out that owner also travels across Europe to source inventory.  I’m glad this was the last stop at the end of the Nice trip because whoah!  It was overwhelming, but in a good way.  I was here at least an hour and a half, before my husband said, ‘ok, please make a decision’.  I decided on a small vintage Celine bag.  It may even be a make up bag, but I will use it how I want!  If I return to Nice, I will definitely stop back.  All in all, I had fun thrifting in France and can’t wait to do it on the next trip! 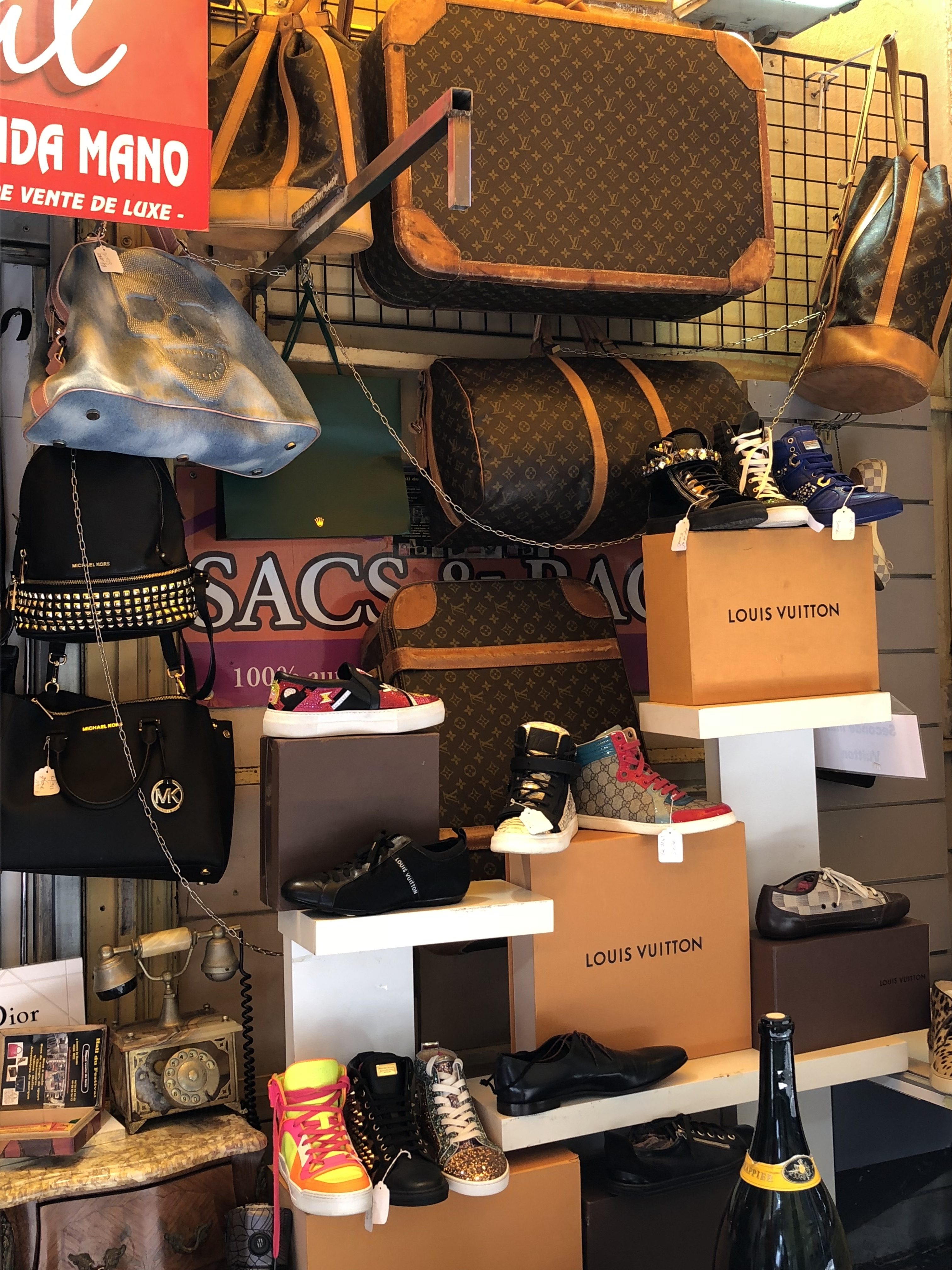 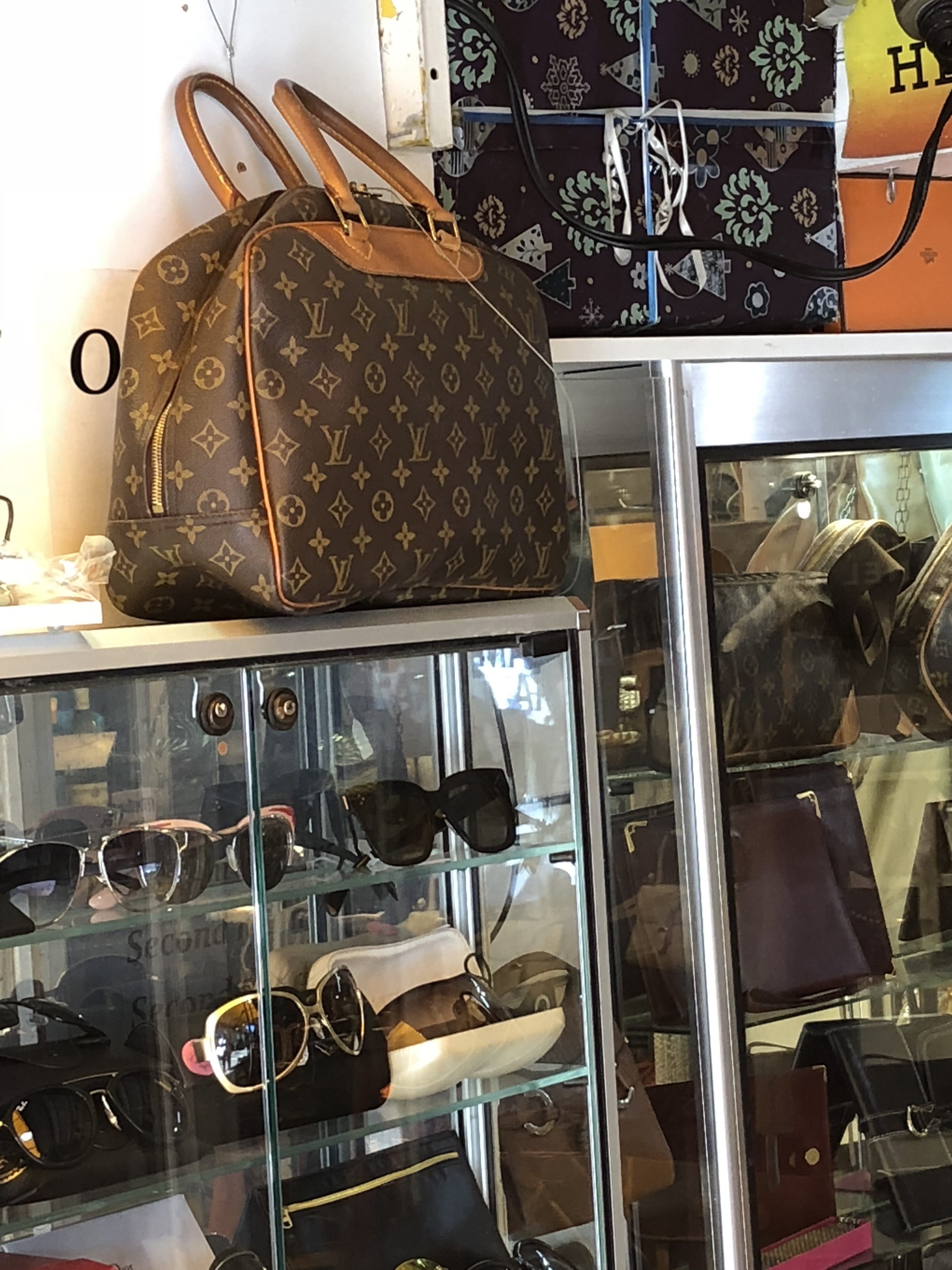 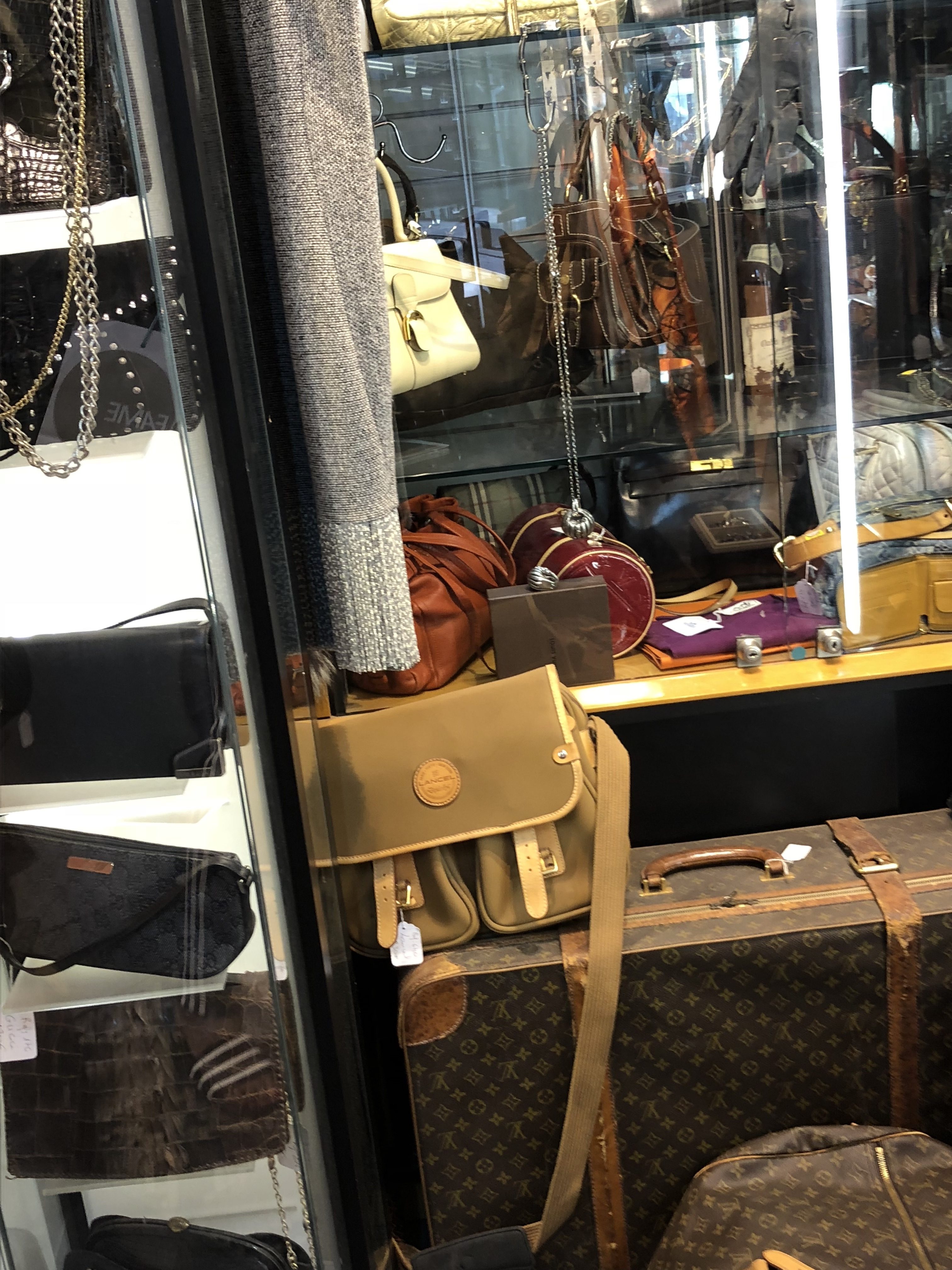 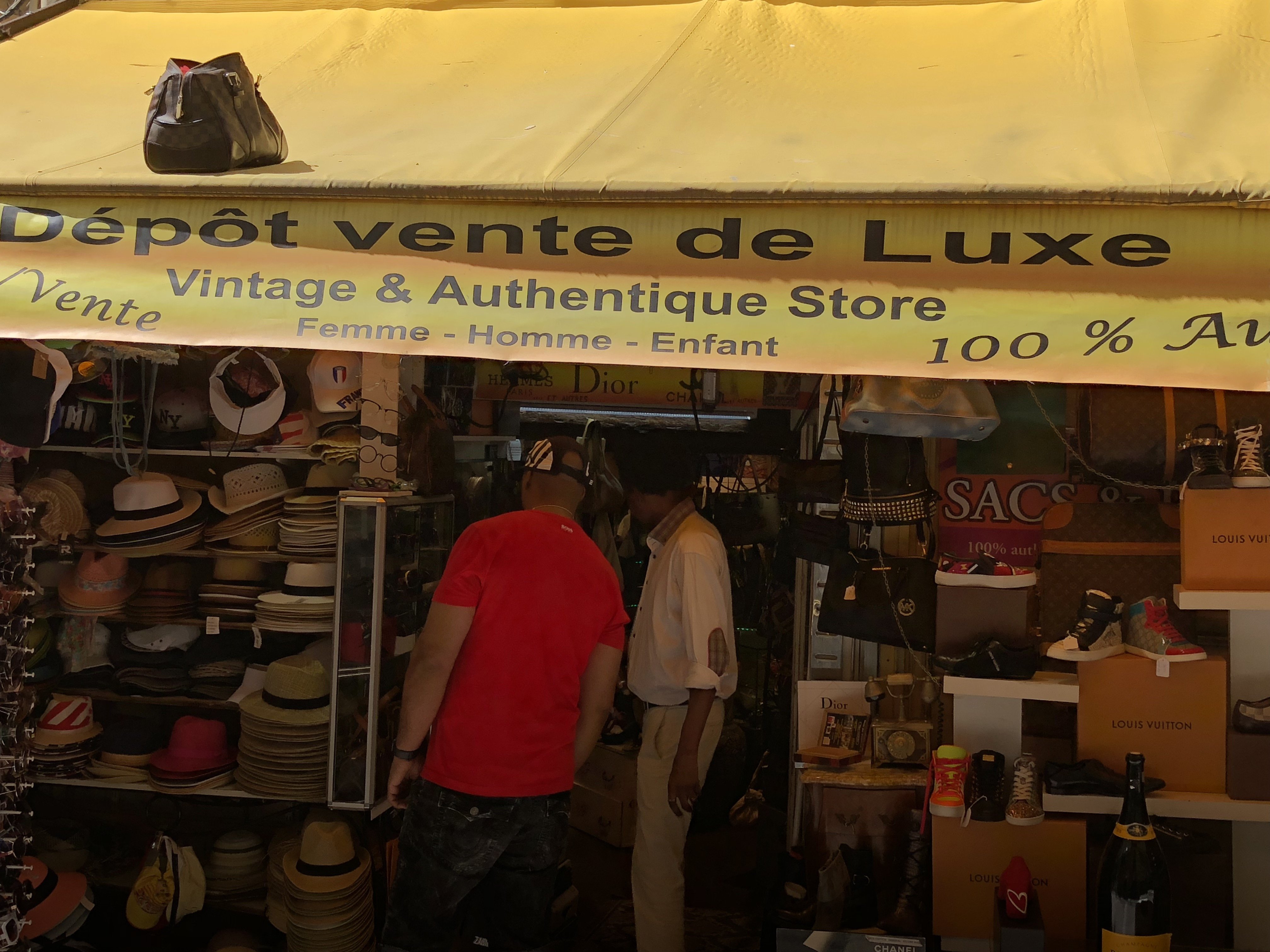 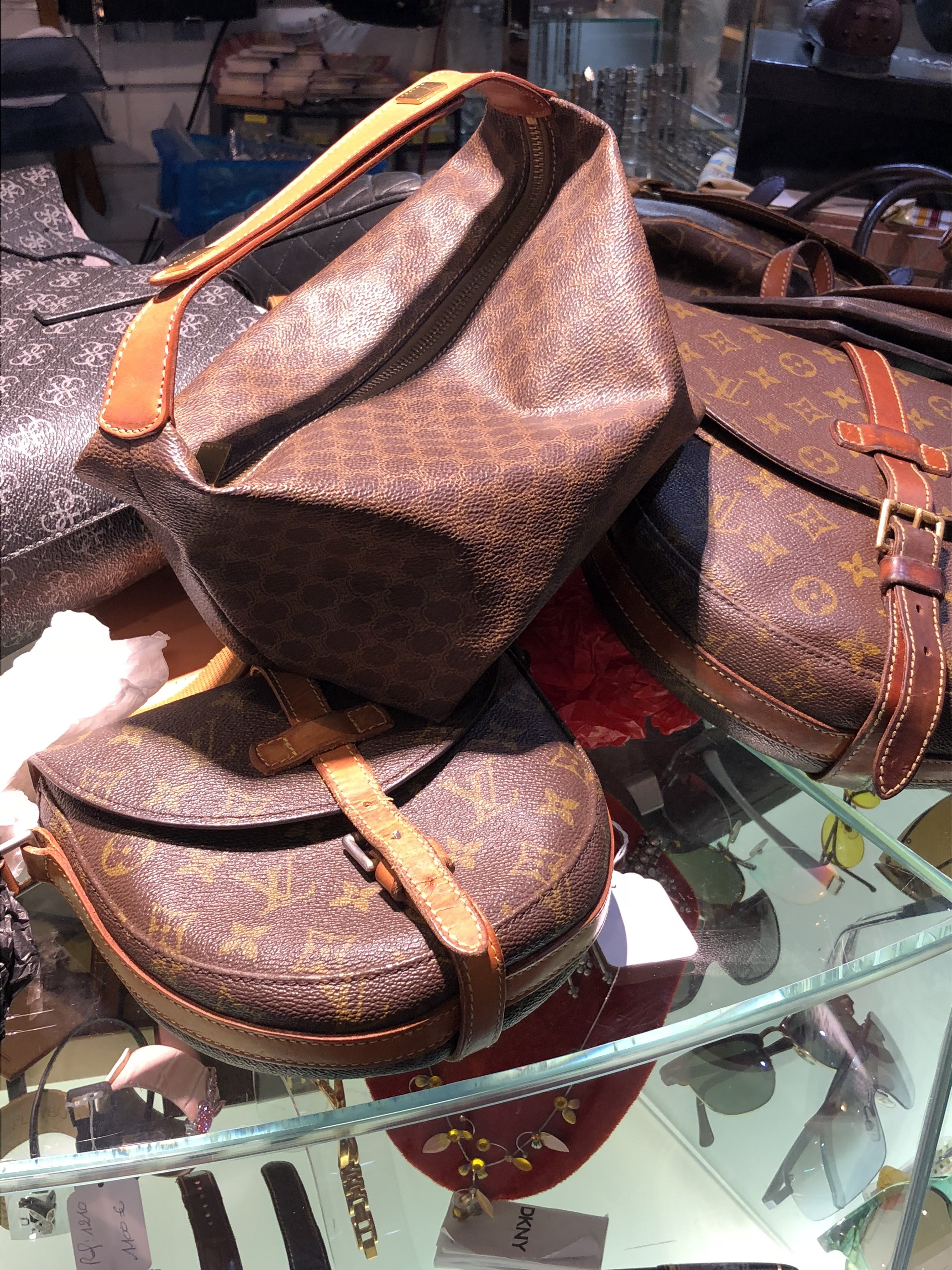 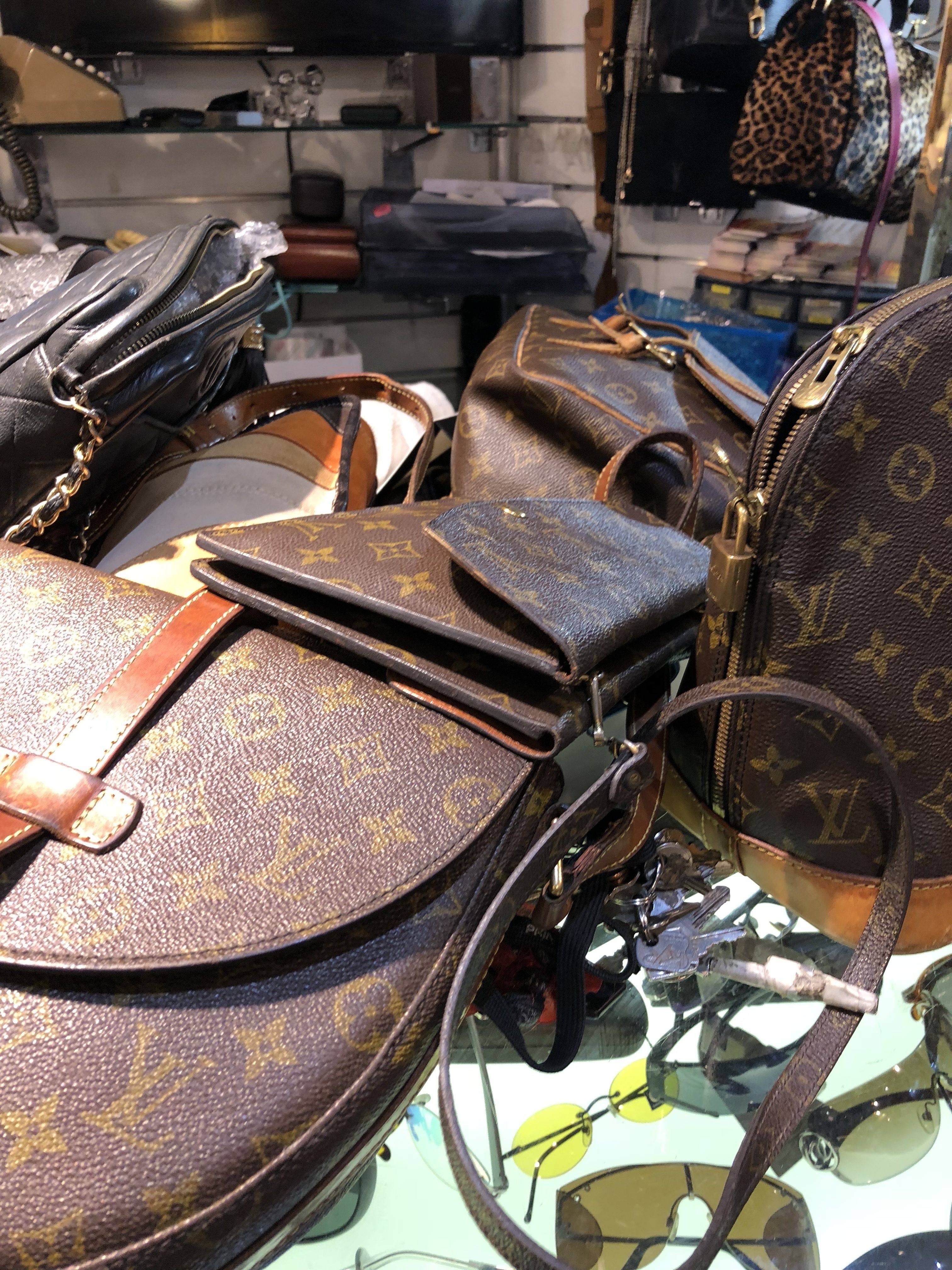