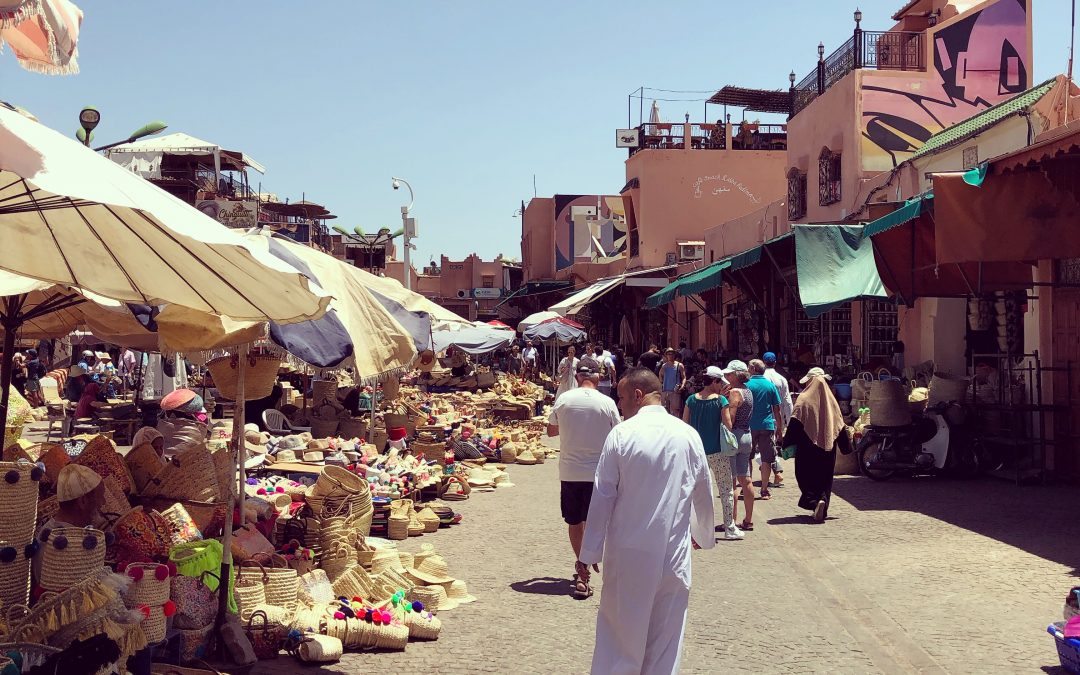 After months of anticipation, we finally made it Marrakesh, Morocco. I’d watched so many YouTube videos, searched travel sites, and received feedback from a good friend who went last year. In spite of all that, I tried not to set any expectations.

I forgot to arrange transportation with our riad to get there from the airport. We spotted a friendly face to ask, and he took us to the taxi stand.  I wish I had recorded it. Apparently, he took us to his friend instead of getting in the line and following the protocol.  It got pretty heated – our bags in and out of the taxis, the driver trying to change the quoted price, as well as several drivers arguing with our helper. They were loudly yelling in French and Arabic. I thought they were going to start fighting. It was pretty funny after the fact, but not while it was going on.

We finally settled on a taxi that could fit all our luggage and took the short journey to the riad.  A riad is a traditional Moroccan house with multiple stories, with an interior garden or courtyard in the center.  The streets were packed with cars and there were lots of people hanging out. When we arrived in the neighborhood, we paid the driver. He gives us a small bill back and told us to give it to the guide. I was confused, but then I understood. The guide loads up all our bags on a big wagon that he pulls along.  We follow behind him, passing through narrow streets that seem like alleys, into The Medina. I was definitely recording, because I was nervous.

After what felt like forever, we arrived at an ornate door. We paid the guide, unloaded the luggage, and knocked.  Upon entering, it was a pleasant surprise. It doesn’t matter how good things look online, I’m always worried that it won’t be as good in person, especially when traveling internationally.  While checking in, they gave us the best mint tea I’ve ever had, along with tasty cookies. They carried our bags up the winding stairs into a wonderful room. We had a small rooftop balcony, a nice bathroom with a huge, open shower, a decent sized bed, and a small sitting area.

We were exhausted from traveling all day, starting the journey from Amalfi Coast.  It was time to get plenty of rest, and get ready for the adventures that lied ahead of us! 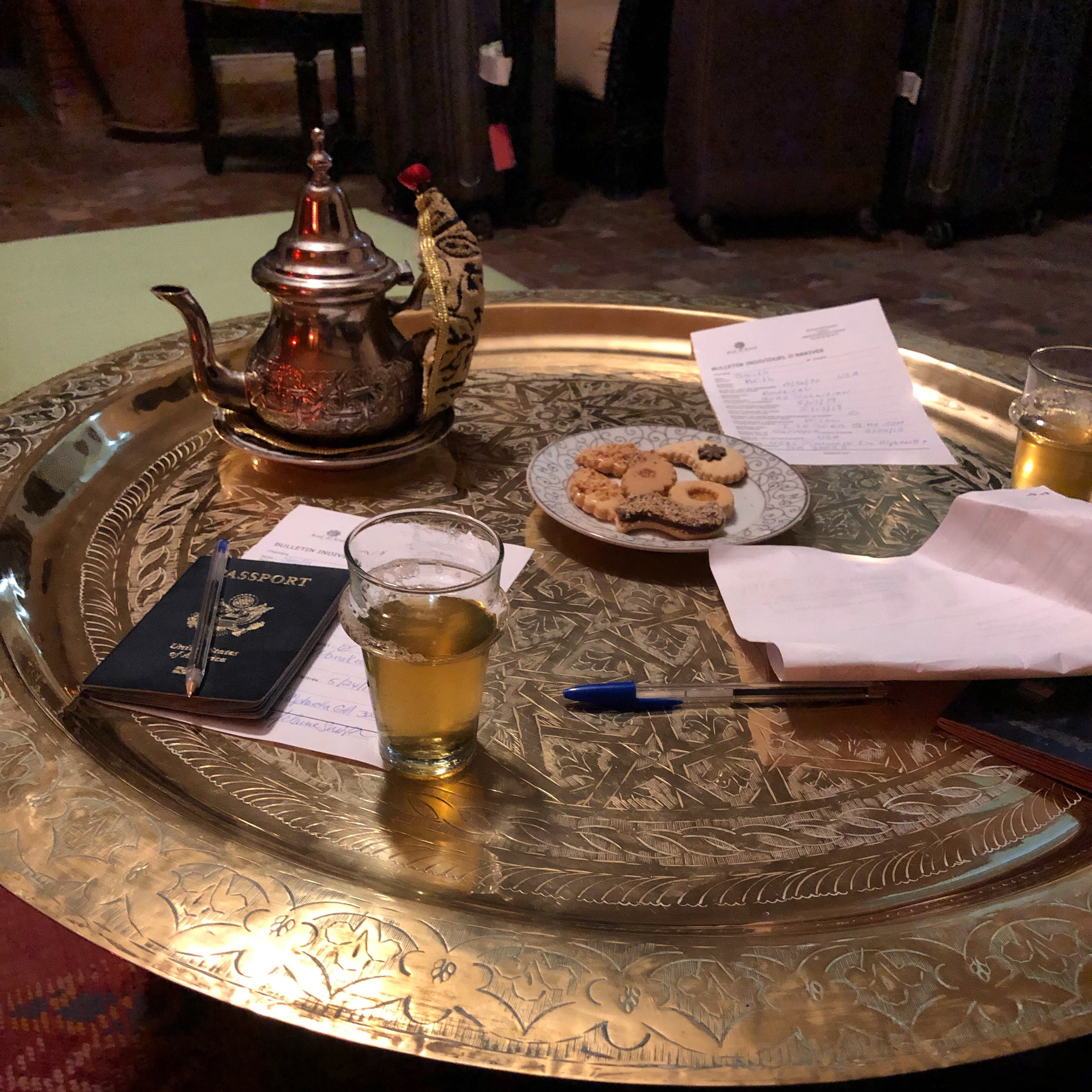